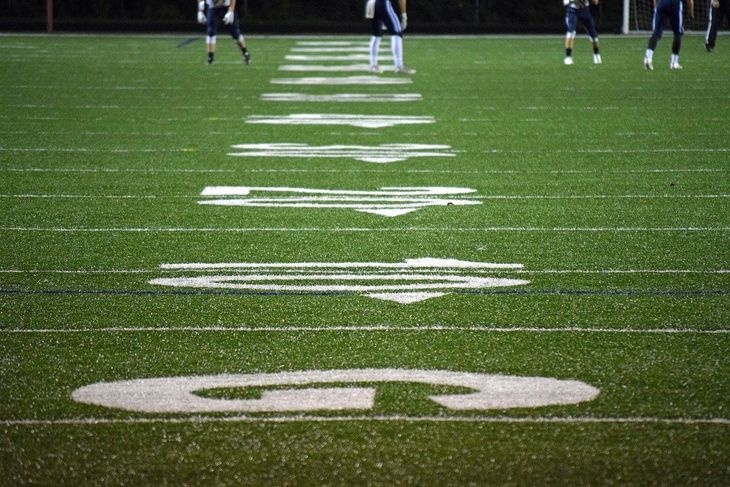 In case you haven’t noticed, racially charged political movements are invading every area of American life. High school football games are no exception. Parents attending a football game at Lakewood High School in suburban Cleveland, Ohio, were outraged when someone took to the public address system before the game to declare that the school would henceforth be an “agent of change” in combatting “systemic” racism in “society as a whole.”

“All of the visiting parents were completely caught off guard,” popular Cleveland radio host Bob Frantz, whose son was playing in the game, told PJ Media. “We were standing respectfully for the playing of the Lakewood alma mater, and when it ended they began a new song,” which turned out to be “Lift Every Voice and Sing.” Also known as the “black national anthem,” the song is featured before NFL stadiums as a part of the BLM movement.

“Then, when [the announcer] began telling everyone how horribly racist American society is, we were livid,” said Frantz, who hosts “Frantz Authority” on Salem affiliate 1420 The ANSWER. “Most of us sat down immediately, and the three dads near me, all of whom were police officers, were visibly angry. One said he would have walked out if it wasn’t his son’s senior season.”

As the marching band played the black national anthem, the announcement continued over the public address system: “Let us pause and reflect on the inequality that our nation has faced since its beginning.”

“The deaths of George Floyd, Breonna Taylor, and Tamir Rice among others remind us of the systemic racism that persists across so many of our nation’s institutions and society as a whole,” the speech continued. “By acknowledging, discussing, and taking action to address these inequalities, Lakewood City Schools aims to be an agent of change, not only in our community but in the world. We must all take a stand against racism. Let this be the moment when our children someday look back and say, ‘This is when we stood together for change.’”