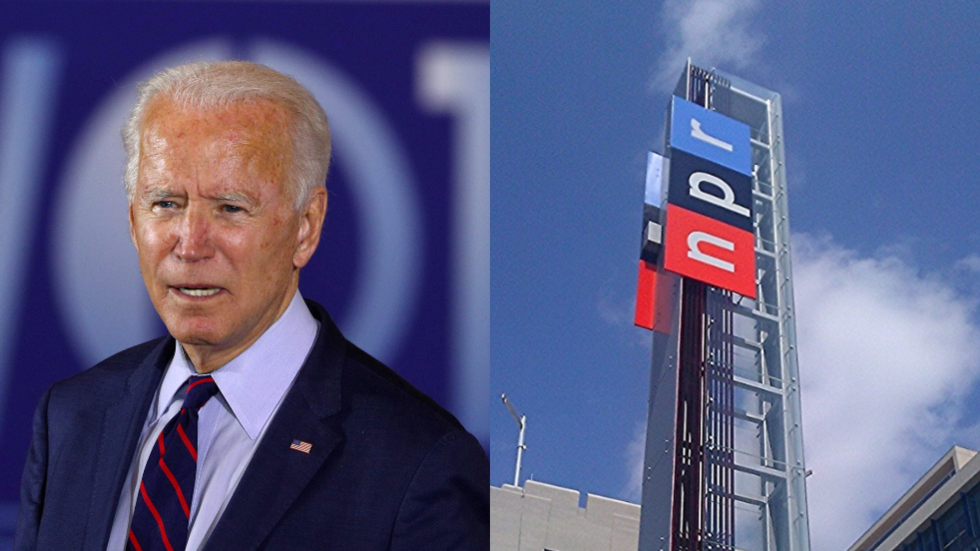 A tranche of emails released by the New York Post last week alleges that Hunter Biden – son of Democratic candidate Joe Biden – traded access to his father with Ukrainian energy tycoons, sought deals for his family in China, and kicked a share of his foreign profits up to Joe, all whilst Joe was vice president of the US. The allegations fly in the face of Joe Biden’s insistence that he knew nothing of his son’s foreign dealings.

Links to the Post’s story were censored by both Facebook and Twitter, and ignored by most of the mainstream media – except when they called it “Russian disinformation” and cast doubt on the emails’ authenticity. Conservatives speculated that media outlets were burying the story to aid Biden’s election bid, and NPR on Thursday admitted its bias against the story.

Why haven’t you seen any stories from NPR about the NY Post’s Hunter Biden story? Read more in this week’s newsletter➡️ https://t.co/CJesPgmGvo pic.twitter.com/jAi7PnpbZf

Samuels was savaged for his admission. “Just be honest and say you won’t report any stories that reflect poorly on Biden because you believe it’s so vital that Trump lose,” journalist Glenn Greenwald tweeted.

Just be honest and say you won’t report any stories that reflect poorly on Biden because you believe it’s so vital that Trump lose that anything is justified — including suppressing reporting — to ensure it happens.

People know this is the reality of the national press. Why lie? https://t.co/pKHatA6uHi

This is an incredible statement.

“That are not really stories.”

The Joe and Hunter Biden stories are legit, with hard evidence and on the record sourcing, unlike many anonymously sourced stories we’ve seen for years NPR jumped to cover. How pathetic for so-called “journalism” https://t.co/EetDljsFhn

Ah yes, the Biden Corruption story has gone from “disinformation” to “distraction.” https://t.co/hq9qt35ri1

Joe Biden’s campaign has not denied that the emails are authentic, and a former business associate of Hunter, Tony Bobulinski, has called them “genuine.” Furthermore, Bobulinski has confirmed that “the big guy,” mentioned in one email exchange as the beneficiary of a payout from a venture with a Chinese energy company, is Joe Biden.

“The Biden family aggressively leveraged the Biden family name to make millions of dollars from foreign entities even though some were from communist controlled China,” Bobulinski said on Wednesday.

While NPR is apparently content to ignore the mounting evidence against Biden, the network has eagerly reported unverified and false stories before, albeit ones damaging to President Donald Trump.

The network gave airtime to the security firm behind the salacious and false ‘Steele Dossier’ to warn of “Russian efforts to sow discord,” and reported every twist and turn in the two-year ‘Russiagate’ saga. NPR ran a series of stories based on the completely unconfirmed and Pentagon-denied report that Russia paid Taliban fighters in Afghanistan to kill American troops, and on an uncorroborated report that the president called fallen soldiers “suckers” and “losers.”

NPR may be willingly ignoring the Hunter Biden story, but other outlets are working hard to smother it. As the Washington Post beat the Biden campaign to debunking the story, MSNBC’s Joe Scarborough called it “made up” and a “hokey story,” while NBC’s Hailie Jackson called it “dubious” and “questionably sourced.”