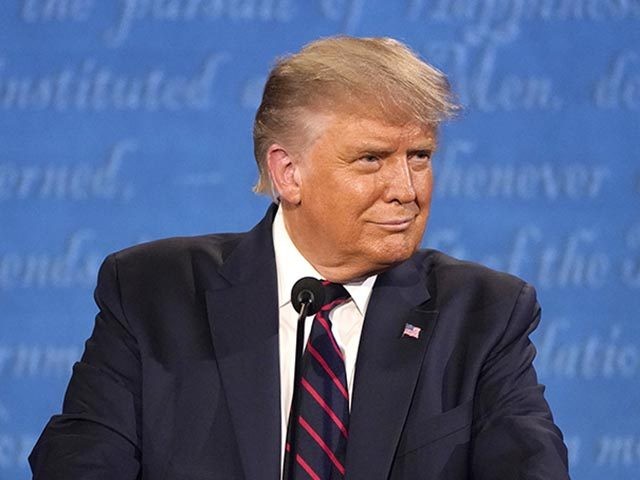 IBD/TIPP was one of the most accurate pollsters of the 2016 election.

“The latest Biden vs. Trump poll from IBD/TIPP suggests the race has become competitive with just one week to go,” IBD/TIPP reports. “President Donald Trump’s support has surpassed his 2016 share of the vote in the IBD/TIPP presidential poll update, while Vice President Joe Biden appears to have lost ground among some key groups.”

It should be noted that Biden is running 2.5 points ahead of Hillary Clinton’s share of the 2016 vote.

The closest the race has gotten in this particular poll is Trump coming within 2.3 points a week ago. Since, Biden had been maintaining a steady lead in the seven point range. But now that we are three full days out of the final presidential debate, things appear to be tightening in Trump’s direction — at least for now.

Rasmussen, another one of the few pollsters who got 2016 correct, released a national poll Monday that has Trump leading by a single point, 48 to 47 percent. In this weekly tracking poll, Trump closed what had been a 12 point gap in just a few weeks.

The RealClearPolitics poll of polls has Trump down nationally by an average of 7.7 points.

Take what you want from the early voting trends, but here’s the latest in the states that will decide the election…

In Michigan, the GOP has a two point lead, 39 to 41 percent in the early vote, the same as it was yesterday.

In Wisconsin, the GOP is up five points in early voting, 42 to 37 percent.

In Florida, the GOP is closing the gap and is now down just seven points, 43 to 35 percent. By the time early voting ended in Florida in 2016, Democrats had a 1.5 point advantage. There are still a couple early voting days left in the Sunshine State and now that you can early vote in person, as opposed to only by mail, Republicans — who prefer to vote in person — are starting to turn out.