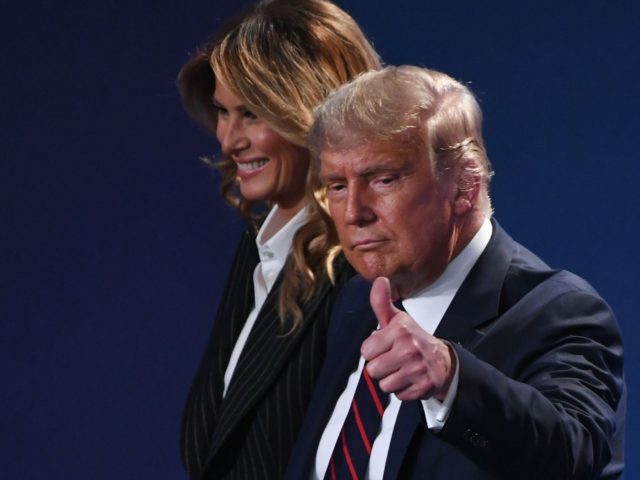 The corrupt national media are not demanding the two remaining presidential debates be canceled because they believe Joe Biden wiped the floor with Donald Trump.

The corrupt national media are not demanding the two remaining presidential debates be canceled because they believe the spectacle of all the norm-violating that occurred Tuesday night is bad for democracy. This is the same media out there encouraging riots, looting, arson, and assault.

The corrupt national media are not demanding the two remaining presidential debates be canceled because this one made children — LOL — cry.

No, the corrupt national media want the two remaining presidential debates canceled because they know Trump won and Biden lost.

Listen, Trump’s always going to be Trump. If people haven’t figured that out by now, they never will. He’s just going to be who he is, and who he is is a president who doesn’t give a mouse turd about norms, because he knows the norms are all rigged by the fake media to benefit Democrats.

Trump knew Chris Wallace would stand in Biden’s corner to help hold him up, would ask questions of Trump that put Trump on defense and questions of Biden that would allow Biden to look like a moderate, so Trump did what he had to do to remind voters Biden is a racist, a liar, and a dummy.

Trump knew Biden’s debate tactic is to laugh and interrupt and heckle, like he did to Paul Ryan during their 2012 vice presidential debate, so Trump beat him to the punch.

Trump knew Chris Wallace would allow Biden to lie about things like the “Very Fine People Hoax,” so Trump let him have it, and if that meant Trump had to interrupt with questions Chris Wallace was too corrupt to ask, so be it.

Trump knew presidents running for re-election always blow their first debate (Reagan in ’84, George H.W. Bush in ’92, George W. Bush in ’04, Barry Obama in ’12) always look like they are caught in headlights after being shoved out of the presidential bubble, so Trump arrived loaded for bear and full of energy and fight.