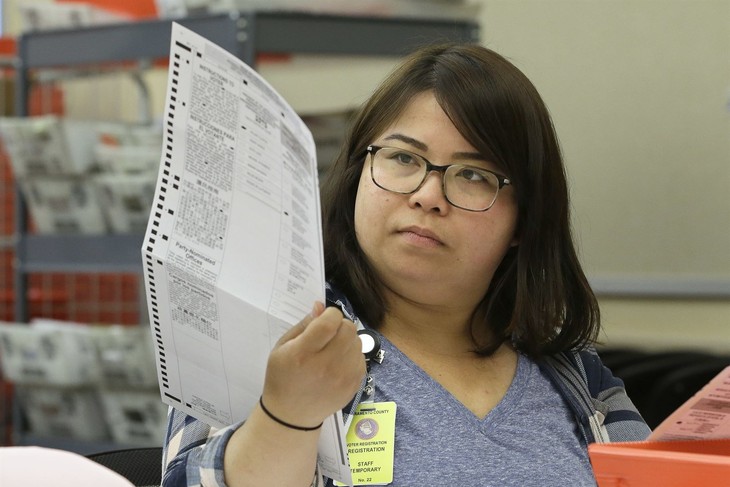 When last we left you, Dear Reader, we were dumpster-diving for ballots, navigating the depths of a 15-yard box for the 100 stale beer and coffee ground-stained ballots dumped by some malevolent (or lazy) postal worker in Kentucky. This week, another 99 ballots and hundreds of pieces of first-class mail were found dumped by yet another postal worker, this one in New Jersey.

It’s hard to judge what’s worse, some disgruntled postal worker tossing ballots or Pennsylvania accepting and counting all ballots – even ones that have no identifying information, the right postmark, and mailed after the election.

We’ll start with the story that made headlines recently when Pennsylvania authorities tossed out 372,000 ballot applications.

#Pennsylvania has rejected hundreds of thousands of mail-in #ballot applications this election year, with the vast majority of those rejections occurring because of #duplicate ballot requests from voters in the state. https://t.co/pm8UTtVHhb

Far from disenfranchising voters, we are assured by Pennsylvania officials that 90% of the applications were duplicates due to confused voters signing up at multiple places and with different groups, according to Just the News.  Hmm.

Federal and state court actions this week have amplified the warning issued by the CEO of the polling firm Trafalgar Group, Robert Cahaly. As I reported at PJMedia, Cahaly predicted Trump could win the state but could very well have it stolen from him through election fraud.

I believe Pennsylvania to be the number one state that Trump could win and have stolen from him through voter fraud. Pennsylvania has had a lot of voter fraud over the years and giving people unsolicited absentee ballots is literally like giving voter fraud operations steroids. I think it’s the state he’s most likely to win and not get the votes from.