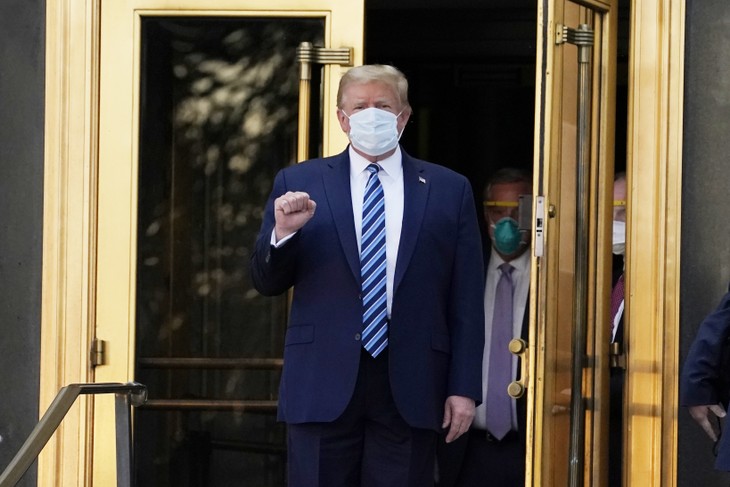 President Donald Trump is back and he is on the attack. And now he is going to expose everyone who worked in the shadows to undermine his presidency.

The president said in a tweet Tuesday night that he is declassifying all of the documents related to the Russia investigation.

“I have fully authorized the total Declassification of any & all documents pertaining to the single greatest political CRIME in American History, the Russia Hoax,” he said. “Likewise, the Hillary Clinton Email Scandal. No redactions!” the president added in a stunning announcement on Twitter.

That announcement came as a quote-tweet in response to a tweet from journalist Paul Sperry calling for the documents to be seen.

“When all the documents are finally declassified, and all the redactions removed from reports, the nation will see that the FBI and CIA not only knew the Russia ‘collusion’ allegations against Trump were a political dirty trick, but that they were in on the trick,” Sperry said.

The Russia investigation has been a bone of contention among Republicans for near the entirety of Trump’s presidency.

Many believe that the entire investigation, including the investigation of former Special Counsel Robert Mueller, was based on a hoax.

Many believe that the entire episode was an attempted coup against the duly elected president of the United States and they want justice.

And things do begin to look suspicious when so many of those involved in the investigation wiped their phones after they allegedly forgot their passwords.

But so often, when parts of investigations are revealed, there are so many redactions that no one is ever punished for what they have done.

A furious President Trump retweeted and tweeted about the investigation and alleged “smoking gun” deep into the night.

“Because Mueller and his 18 Angry Democrats were illegally in on the SCAM?” he said in response to another Sperry tweet, this time about the Showtime series The Comey Rule.

Because Mueller and his 18 Angry Democrats were illegally in on the SCAM? https://t.co/ynEAchAWPA

“All Russia Hoax Scandal information was Declassified by me long ago,” the president said in another tweet.

“Unfortunately for our Country, people have acted very slowly, especially since it is perhaps the biggest political crime in the history of our Country. Act!!!” he said.