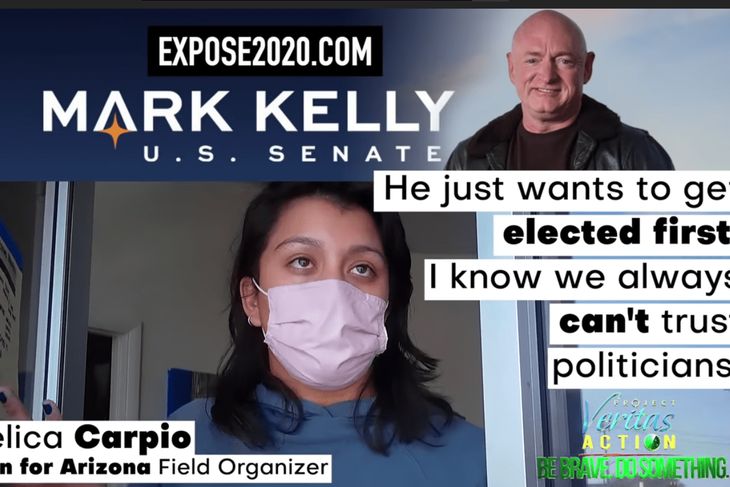 Make No Mistake: Mark Kelly Is Coming for Your Guns

One of the most pivotal races for control of the United States Senate is happening here in my native state of Arizona between Sen. Martha McSally and Mark Kelly.

Kelly is being mostly financed by out-of-state money, which makes me nervous. One of the most mystifying aspects of his popularity here is that he is vehemently anti-Second Amendment and Arizona remains — despite its demographic shift the past decade or so — a gun owners state. Kelly shouldn’t be getting any traction here unless all of the locals are sitting out and the only people voting are the ones who moved in from California and Illinois.

Or unless he is being less-than-forthcoming with the voters.

Despite the fact that the McSally/Kelly race is a big spending target of Michael Bloomberg’s anti-gun Everytown for Gun Safety, Mark Kelly has been playing coy about his real intentions.

And then along came James O’Keefe and his Project Veritas Action with another video that exposes the left for who they are.

In it, Mission for Arizona (“a joint effort by Arizona Democrats to get Mark Kelly elected“) field organizer Angelica Carpio admits that Kelly is trying to pick off a lot of Republican voters here but that “one of their main issues is guns.” Because of this, Kelly hasn’t “been out there saying” that he wants a “full” gun control measure because he just wants to get elected first and “then he wants to go further.”

O’Keefe says there is more to come, and we will have it for you here as soon as it drops.

Here is the full first video: