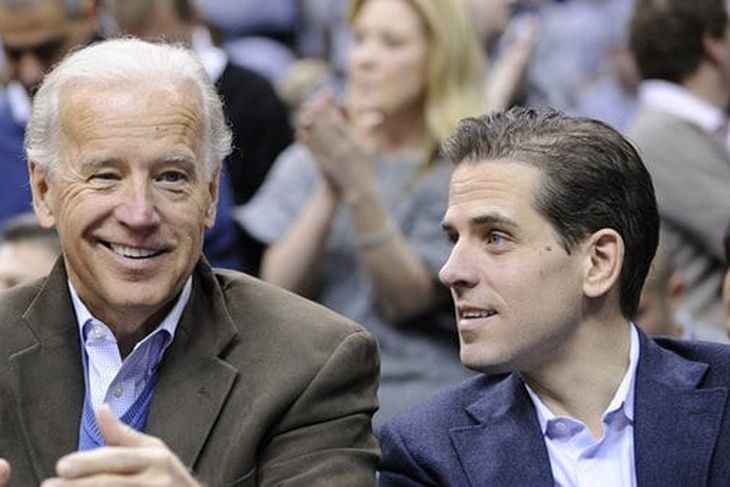 Breitbart revealed on Friday that it has obtained emails from a business partner of Hunter Biden that detail how the son of then-Vice President Joe Biden used his access to his father to arrange private meetings for “potential foreign clients and investors at the highest levels in the White House.”

“These never-before-revealed emails outline how a delegation of Chinese investors and Communist Party officials managed to secure a private, off-the-books meeting with then-Vice President Joe Biden,” Breitbart alleges. This investigation is separate from the bombshell New York Post article about a laptop computer that allegedly contains proof that Joe Biden was lying when he said he had no knowledge of his son’s business dealings in the Ukraine.

Facebook and Twitter have taken unprecedented steps to quash the story, claiming, incredibly, that the article contains personal information that had been “hacked.” Don’t be surprised if the Big-Tech giants do the same with this story, hoping to shove it down the memory hole ahead of the 2020 election.

“In a 2011 email, Hunter Biden’s business associates also discussed developing relations with what one called ‘China Inc.’ as part of a ‘new push on soft diplomacy for the Chinese.’” Breitbart said. “These and more explosive never-before-revealed emails were provided to [author Peter] Schweizer by Bevan Cooney, a one-time Hunter Biden and Devon Archer business associate. Cooney is currently in prison serving a sentence for his involvement in a 2016 bond fraud investment scheme.”

Cooney claims he was the “fall guy” for the fraud scheme, while Hunter Biden got a pass. Archer, Biden-the-younger’s longtime business partner, awaits sentencing in the case.

“From prison, Cooney provided Schweizer with written authorization, his email account name, and password to his Gmail account to retrieve these emails,” the Breitbart report continues. “He authorized, in writing, the publication of these emails— notable because it is the first time a close associate has publicly confirmed Hunter’s trading on his father’s influence.”

In a November 2011 email forwarded to Archer, a business contact teased an opportunity to gain new clients by helping to arrange White House meetings for a group of Chinese executives and government officials with ties to the Chinese Communist Party (CCP).

“I know it is political season and people are hesitant but a group like this does not come along every day,” Mohamed A. Khashoggi wrote to an associate of Hunter Biden and Devon Archer. “A tour of the white house and a meeting with a member of the chief of staff’s office and John Kerry would be great,” he added. Khashoggi said he wasn’t sure if attendees at such a meeting would need to be “registered,” ostensibly as agents under the Foreign Agents Registration Act (FARA).

Woke Insanity: Why Is There So Little Pushback?!