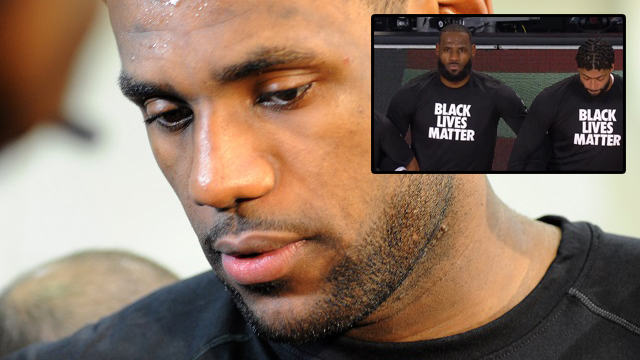 Both Game 1 and Game 2 of the NBA Finals between the L.A. Lakers and the Miami Heat have suffered the worst ratings crash in the league’s entire TV broadcast history.

Both Game 1 and Game 2 of the NBA Finals between the L.A. Lakers and the Miami Heat have suffered the worst ratings crash in the league’s entire TV broadcast history. https://t.co/uOBlgPQfDs

Despite the matchup including two of the league’s biggest stars (LeBron James and Anthony Davis), Game 1 of the Finals on Wednesday was a huge ratings disappointment for the NBA.

Game 1 averaged only a 4.1 rating and 7.41 million viewers on ABC, “comfortably the lowest rated and least-watched NBA Finals game on record (dates back to 1988),” Sports Media Watch reported.

But if the league thought things might improve for Game 2, it had a bitter pill to swallow because the second in the series did even worse than the first.

Game 2 cratered with just 4.5 million viewers and a dismal 1. 9 in the ratings. This embarrassing showing was down 68 percent over Game 2 in 2019.

The 2020 Game 2 event now rates as the lowest ratings ever for an NBA Finals game. Until Friday, Wednesday’s Game 1 was the lowest-rated in league history.

[…] The 2020 post-COVID season launched with the heavy-handed presence of the anti-American Black Lives Matter agenda.

All players, coaches and refs take a knee and lock arms during the national anthem before the Lakers-Clippers game. pic.twitter.com/eZ9RHE3eh7