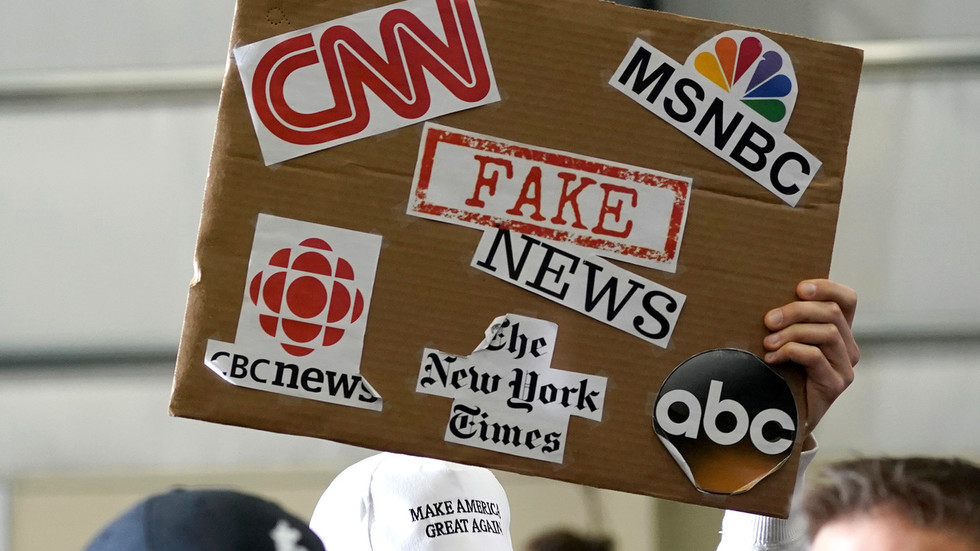 With just days left to go before a US election everyone deservingly regards as pivotal, a battle is raging over ‘fake news’ and even the meaning of words. It’s a battle I’ve already watched being fought, in another war long ago.

Today, outlets like CNN would have you believe ‘fake news’ began with President Donald Trump five years ago, and that he weaponized the term against the good and honest media serving as the guardians of ‘our democracy’, or some such.

Trump was the first US President to deploy the term “fake news” against his opponents. And over the last 4 years, he has brought the phrase into the mainstream, popularizing it as a smear for unfavorable, but factual coverage | Analysis by @elizamackintosh https://t.co/CcrzGNtdQX

One doesn’t have to be a Republican (I am not) to reject this as misinformation at best, or at worst deliberate gaslighting. It was in fact the mainstream outlets, led by CNN, that weaponized the term ‘fake news’ against Trump, first to block his election and then to delegitimize it with the likes of the ‘Steele Dossier’.

CNN’s Oliver Darcy will be surprised to learn from CNN that “fake news” was pushed by Trump, as opposed to what really happened, which is that Darcy & other journos mainstreamed it as a buzzword in their campaign to delegitimize and undermine the results of the 2016 election. pic.twitter.com/hfcvy22DJN

The reason I know this, however, goes back 25 years, to Sarajevo. To most of you, the name may only be familiar in the context of the First World War, or the Bosnian War of the 1990s. It happens to be my home town. I grew up on the street where Archduke Franz Ferdinand was assassinated in 1914, and almost got killed at least three times during that other war, fourscore years later.

After the war, when I came to the US to study, I remember reading with incredulity the newspaper archives at my university library. They depicted a war that never happened, a politically correct fiction totally divorced from reality, often thanks to simple omission of relevant facts and ‘editorial guidance’ telling people what they should think instead.

It was the age of ‘advocacy journalism’, led by the likes of CNN’s Christiane Amanpour. So Western adventurers flocked to the war zone, to do advocacy disguised as journalism. I should know – I worked with many of them, as the translator and local fixer in Sarajevo for the better part of 1995.