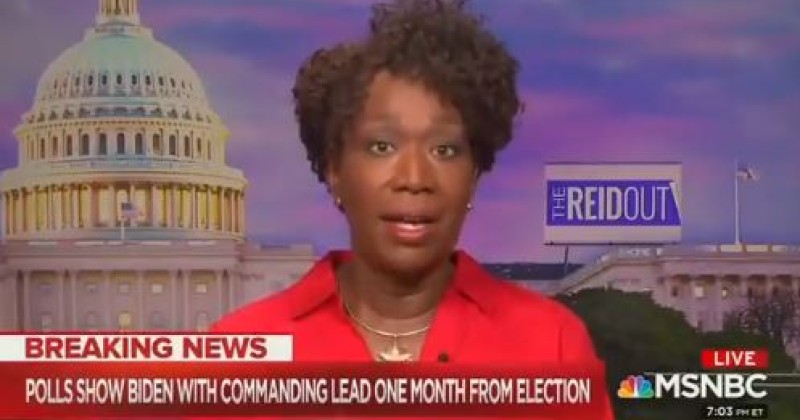 MSNBC’s Joy Reid has claimed, with no evidence whatsoever, that President Trump is lying about his quick recovery from COVID and is “clearly having trouble breathing.”

The host reacted to the now notorious footage of Trump whipping off his mask outside the White House, a spectacle described by Democrats as Trump’s “Mussolini moment.”

Reid claimed that Trump had orchestrated his quick recovery in order to hoodwink Americans into relinquishing their fear of coronavirus (apparently living in constant fear of a virus with a significantly high survival rate is a good thing).

She then claimed the idea that Trump was “successful” is also “fake,” because apparently becoming the leader of the free world represents a colossal failure.

Without evidence, Joy Reid claims President Trump must be extremely sick compared to what’s being said and must be struggling to breathe. pic.twitter.com/VDKPRYl6bl

Reid went on to assert that Trump had put others at risk by staging photos and press appearances and that “Trump is probably sicker than he’s letting on.”

“What Trump hoped to hide during his American Mussolini balcony stunt was that he was clearly having trouble breathing just like he wants to hide how he is not in control of the virus or of an election that he is desperate to win,” said Reid, adding that Trump was “afraid of voters.”

As we previously highlighted, the same leftists and media networks who for months have scolded anyone who questions the official narrative on coronavirus reacted to Trump getting COVID by spinning wild conspiracy theories backed up by nothing.

One camp holds that Trump has in fact faked the entire thing and never had COVID to begin with, while the other has continually asserted that he is lying about his recovery and is at death’s door, despite Trump making numerous appearances where he looks and sounds fine. 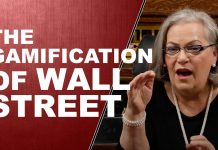