All in the name of social justice.

Philadelphia Police have estimated that more than 1,000 city residents are engaging in criminal looting activity on Tuesday night, in what seems to be the most intense and potent mass looting since the summer Minneapolis riots.

Looters could be seen fleeing a Walmart with flat-screen TV’s in their possession.

TRUTH LIVES on at https://sgtreport.tv

At least one looter attacked and beat TheBlaze reporter Elijah Schaffer, who explained the situation with a busted lip that may require stitches.

BREAKING: BLM looters jumped our reporter @ElijahSchaffer while he was covering the riots in Philadelphia

He’s continuing to report but may need stitches for a deep gash in his upper lip pic.twitter.com/P7ZZup5vUT

Schaffer would go on to state that he believed he was attacked by the riotous mob because he is white.

They were specifically targeting and attacking white people tonight in Philadelphia

It was clear, if you were white, you weren’t welcome

Follow @realJamesKlug to show some support for his bravery https://t.co/rMEc0AV5ZO

The looting began after the police shooting of Walter Wallace Jr, who died when he was shot by two Philadelphia Police officers. Wallace had rushed the police officers with a knife.

Schaffer reports that more than 30 businesses have been terrorized by the looting mob- and that the thieves are actually shooting one another in what appears to be disputes over stolen property. 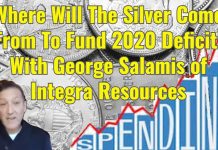