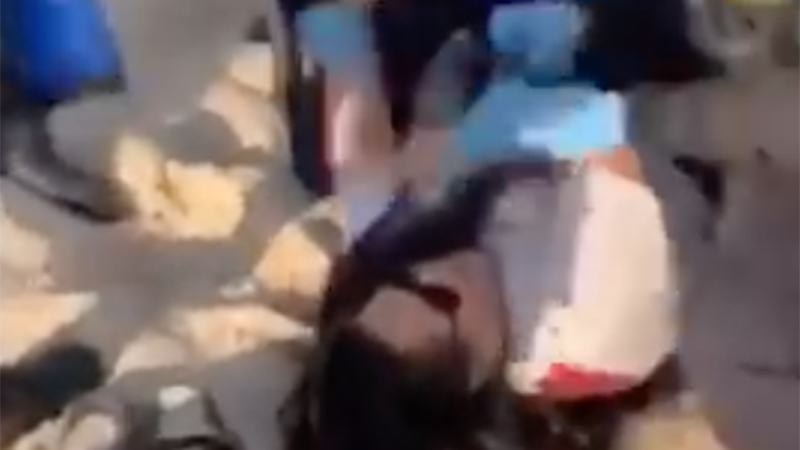 We’ve previously detailed protests that have sprung up in various major cities across the Australian continent over authorities’ ultra-restrictive coronavirus lockdown measures, which are especially stringent and far-reaching in the southeast state of Victoria.

There’s been multiple instances caught on video of police cracking down on elderly people and even pregnant women for merely resting outside on park benches, supposedly in “violation” of coronavirus social distancing measures, even as case numbers have significantly dropped since August. And now here’s the latest incident to go viral as citizens flock to newly reopened beaches, after Victoria slightly relaxed some of its more severe lockdown restrictions:

Video has emerged of police officers clashing with beachgoers in a dramatic arrest of a woman at a Melbourne beach as hordes of residents headed outdoors to enjoy the good weather over the weekend.

Officers approached a group of people at Altona Beach, in the city’s southwest, on Saturday evening after noticing they weren’t wearing masks, Victoria Police said.

And here’s a description of how this “mask enforcement” unfolded, in which the police claim the group that included a pregnant woman acted “aggressively”:

“She’s taken her kids for a swim and you f***ing arrest her for what?” one person says.

“You’re f***ing pussies,” a man can be heard shouting.

One of the group then alleges an officer pushed a pregnant woman in the group as they try to control the volatile situation.

It also comes as Aussies are growing sick and tired of essentially being locked indoors and confined to their local areas under tight regulations, even as cases drop and the weather grows better.

Alex Jones breaks down the dog-training of the public to submit to medical tyranny by using machines to coerce our consent.

Police were out in force this weekend looking for ‘excessive crowds’ and ‘mask rules violators’. And more outrageous is that Victoria is currently enforcing a law that says citizens cannot venture five kilometers from their home.

Police in Melbourne have been accused of pushing a “pregnant” woman while arresting another woman who was allegedly breaching coronavirus rules. https://t.co/mvZRlkIyat