Release could come before November election

Secretary of State Mike Pompeo said Friday the State Department has Hillary Clinton’s deleted emails and could release them before the election.

“We’ve got the emails, we’re getting them out. We’ll get all of this information out so the American people can see them,” Pompeo said in an interview with Fox News’ Dana Perino.

Earlier Friday, President Trump called for the release of emails from the private server Clinton used while she was secretary of state, including for classified information.

Already, the State Department has published more than 30,000 emails Clinton turned over to the agency in 2014.

But Clinton said she deleted about that many, arguing they were of a personal nature.

Pompeo did not elaborate on the content of the deleted emails.

“We’ll do it as far as we can. I think there will be more to see before the election,” he said.

The FBI investigated Clinton’s handling of classified information but chose not to pursue criminal charges.

Trump, meanwhile, has authorized the declassification of all documents related to the Obama administration’s investigation of his campaign in 2016. 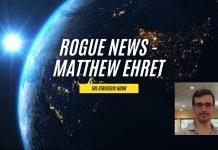