Mitch McConnell said Thursday that Supreme Court nominee Amy Coney Barrett has enough votes to be confirmed by the Senate.

Today represented the final day of hearings held by the Senate Judiciary Committee. The Republican-led committee has set Thursday, October 22 as the date to send Judge Barrett’s nomination to the entire Senate for a confirmation vote. The next day, Friday, October 23, will see her nomination brought to the floor, with the vote expected to occur before the end of the month and thus before Election Day.

Judge Barrett’s hearings have been particularly mute compared to the absolute clown show that was the Brett Kavanaugh hearings. No sane person can dispute her intelligence, her character, and her fitness to be a Supreme Court justice. The only hang-ups are from Democrats who think she’ll wreck their precious Roe v. Wade and Obamacare, as well as from the odd “conservative” or two who thinks it’s best to “wait until after the election.”

But no matter. Barrett has the votes and she will be sitting on the Supreme Court bench very soon. 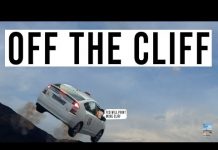