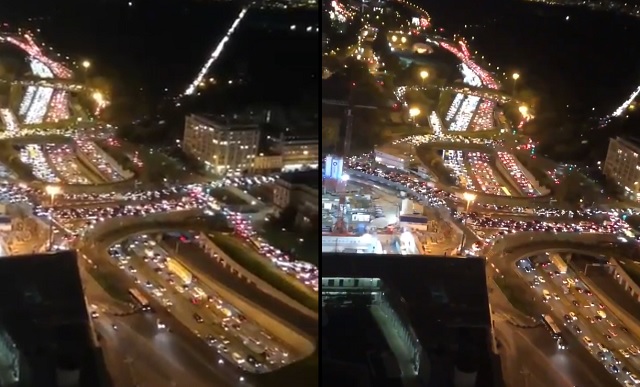 Video out of Paris on Thursday showed a massive traffic jam as Parisians attempted to flee the city ahead of a second tyrannical corona lockdown.

Incredible traffic jam in Paris as people try to leave the city before 9 pm curfew and before confinement begins at midnight. Traffic is barely moving in every direction as far as the eye can see. Lots of honking and frustrated drivers. pic.twitter.com/6Zn2HCxuPl

People have been ordered to stay at home except for essential work or medical reasons.

President Emmanuel Macron said the country risked being “overwhelmed by a second wave that no doubt will be harder than the first”.

I wonder how much of this is related to the exploding tensions among the French and their large and increasingly hostile Muslim population.

The terrorist who beheaded a woman and killed two others near a church in Nice, France has been revealed to be a Tunisian boat migrant who arrived on the Mediterranean island of Lampedusa last month.https://t.co/Jf0rWVJ6Q9