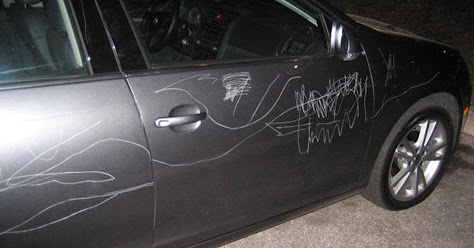 Last night, we drank the liberal tears and celebrated the confirmation of Justice Amy Coney Barrett. It wasn’t a fight. It was smooth. The Democrats had nothing on her, and they knew it. She ran laps around them during the hearings. There were no last-minute surprises at the markup. She was easily approved by the Senate Judiciary Committee, as Democrats boycotted the vote. We had the votes to confirm her before the official hearings on her nomination were gaveled in; this was a done deal.

Liberal America had a meltdown Monday night. Rep. Alexandria Ocasio-Cortez (D-NY) and her crew threw the same tantrum all of these clowns were throwing. From liberal writers to the Speaker of the House Nancy Pelosi, they all were clamoring for supreme revenge of their own by pushing the issue of court-packing…again. Reagan will have more on Nancy’s remarks later this morning, but did these idiots really just do this? One, it’s not popular. Even when FDR first pushed for this, it wasn’t popular. Second, Joe is already fighting off the Hunter Biden emails, where his family’s web of alleged corruption has been exposed for all to see. You just hurled another two-ton boulder on his back. And he’s going to have to answer this question now if asked. I mean, he can deflect, but with the entire liberal establishment and media apparatus now clamoring for this; Joe needs to respond in some way.

We must expand the Supreme Court.

Joe’s journey on this has been as confusing as his seemingly dementia-ridden mind. He refused to give an answer when asked. Then, he said he would give his answer…after the election. That morphed into the ‘voters don’t deserve to know’ my position on court-packing, which is just as baffling as the word salad he’s served up almost daily during this election. And then, during that softball ABC News town hall event, he was open to it. This is the human centipede of political answers. And now, with ACB confirmed, we seem to know what his position really is: he’s probably for it. Liberal law professor Jonathan Turley added that it’s “alarming” Joe would consider this whack job proposal (via Fox News):

“What Vice President Biden is referring to is a series of proposals put out by professors to fundamentally change the Supreme Court and some of them are quite wacky,” Turley, a George Washington University law professor, told “America’s Newsroom.”

“You’re talking about proposals in one case that is being put forward by [former 2020 candidate] Pete Buttigieg [to] just go ahead and select five Democrats for the court, five Republicans, and then five sort of transient or temporary justices. That’s the type of proposal that is being batted around in addition to court-packing,” Turley said.

Biden told CBS News’ “60 Minutes” in an interview that aired Sunday that he is going to form a commission to examine “how to reform the court system” after playing coy with the media for weeks about his stance on court-packing.

So, here’s the trajectory of this position: I’m not telling –> I’m going to tell you, but after the election–> You don’t deserve to know what I think about court pacing–> Yeah, maybe I’m open to it–> Well, crap, you got me boxed in and you won’t leave me alone, so how about a commission on it.