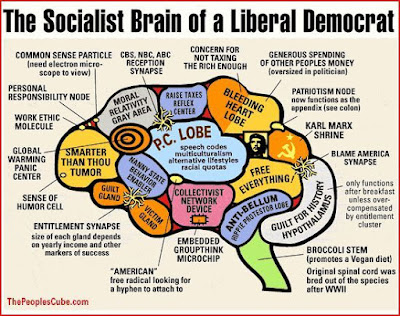 While we make certain assumptions about liberals by their online commentary, attacks against conservatives, outright death threats and warnings of violence, we rarely get an honest accounting of what liberalism has become directly from a liberal.

Even more rare, a liberal journalist who admits to previously having a case of Trump Derangement Syndrome (TDS), expalins how research helped cure her to the point where she just voted for Donald Trump.

Below her story we will provide evidence the assertions she makes with recent examples of liberals like Chelsea Handler, thinking it is somehow alright to “remind” musician 50 cent that he is black, then claims she informed him that he “can’t vote for Trump.”

And they call conservatives racists?

Candace Mercer, a radical liberal from her description of her “former” self and her “now” self, explains the thought processes of a radical liberal, the “dystopian dome” liberals live in. Admitting that before she was cured she was part of the liberal faction that is “insufferable and arrogant,” and “obnoxious.”

The essay is extraordinarily long, but well worth the read to get an inside glimpse into the very people that would prefer to see us dead than sucking up their air.

It is titled “Why I Voted Trump: A Coming Out Story.”

We’ll offer some key portions here, but we do encourage readers to check out the entire article.

First her reaction to Donald Trump winning the presidential election in 2016:

My first reaction after the 2016 election, after I stopped crying — the tears lasted awhile — was to convene an emotional support group that excluded cis straight white men. Because, of course. Safety first.

Thankfully, this is the most cringe worthy action I took, my humanity was strong enough to never break with my core values and become a full on SJW bully. I had my moments though. I am not innocent. To those who I may have caused offense, this my apology.

Much like Brandon Straka, the gay founder of #WalkAway, which encourages liberals to walk away from the Democrat party, she decided she needed to know why half the country would vote for Donald Trump because she could not believe what she was told all day, every day: that Trump and all his supporters were racist.

….People like me were insufferable and arrogant. We were detached from reality. Our constant scolding grated, our piety obnoxious. In our desire to be inclusive, we were being divisive. In the name of tolerance, we became incredibly intolerant, bordering on authoritarian — compelled speech, apologies and censorship. The hegemony of guilt and shame was strong and praxis enforced without appeal. Finding the problematic in everything and everyone is exhausting and soul destroying.

She attended a conservative event, was shocked that she was treated with respect, not the hate she had been programmed to expect, and she was impressed with Brandon Straka who was one of the speakers.

I shared my experience of the night on Facebook, linking to Brandon’s video, and reporting on my lived experience of going into the belly of the Republican beast. I mean, there was a Trump cutout, and a GUN in the silent auction. A MAN pulled my chair out for me. We said the pledge of allegiance. The horror!

The reaction from my friends was not positive. No one was happy I was dismantling my bigotry. The struggle sessions began. My character was put on trial for daring to associate with conservatives and worse, saying nice things about them. THIS WAS WHERE ALL THE HATE WAS. From people who allegedly liked me and were on my side. It could not be starker

One last quote (and thise are just from the first section of the lengthy essay) really brings home what the left and Democrat party has become.

As a part of my reckoning, I made a list of all the topics I felt I could not speak freely on, and that list shocked me. I have NEVER self-censored in my life, but now it was daily practice. How fucked up was that? I began to realize, that despite being a hardcore atheist, I had found myself in a fundamentalist cult.

Again, like I said, well worth the time to read the entire thing. 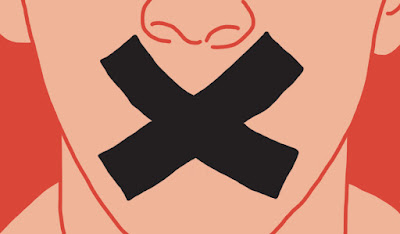 Artists, Actor and TV producer 50 cent, a black man, came out publicly against Joe Biden’s tax plan and in support of Donald Trump to his 12.3 million followers, and the reaction from liberals has been noting but hate thrown at hom, but one of the most egregious responses, after a back and forth Twitter fight, came from the wannabe comedian Chelsea Handler.

Yes, the same Chelsea Handler that laughed when some guy urinated on her head and face while  she was swimming, which ended up on video on the internet.

Handler appeared on Fallon Tonight, stating that she had to remind 50 cent that he was “a black person,” and as such he “can’t vote for Donald Trump.”

Evidently the two had previously dated, but that doesn’t change the fact that she perfectly encapsulates the mindset of a liberal. Insisting she knows what is best, acting like Joe Biden when he told a black man that if he wasn’t voting for Biden “you ain’t black.”