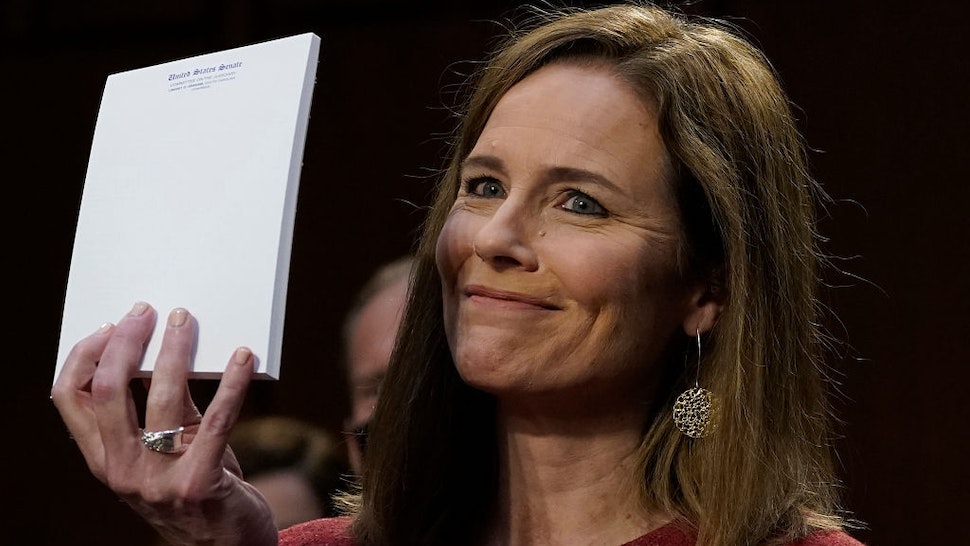 Supreme Court nominee Judge Amy Coney Barrett held up a blank notepad when Sen. John Cornyn (R-TX) asked her to show the public the notes she’s been using to answer the numerous questions spat at her during day two of the confirmation hearings.

“Most of us have multiple notebooks and notes and books, things like that in front of us,” said Sen. Cornyn (video below). “Can you hold up what you’ve been referring to in answering our questions?”

Barrett held up a blank notepad.

“Is there anything on it?” asked Cornyn.

“The letterhead that says United States Senate,” the judge replied.

“Is there anything on your notes?”

“The letterhead that says U.S. Senate.”

When asked to hold up what she's been using to help answer questions, Judge Amy Coney Barrett holds up a blank notepad.

Sen. Cornyn asks Barrett to show the committee the notes in front of her that she’s been using during the hearing. Barrett smiles a little and holds up a small United States Senate notepad without a single note on it 🔥