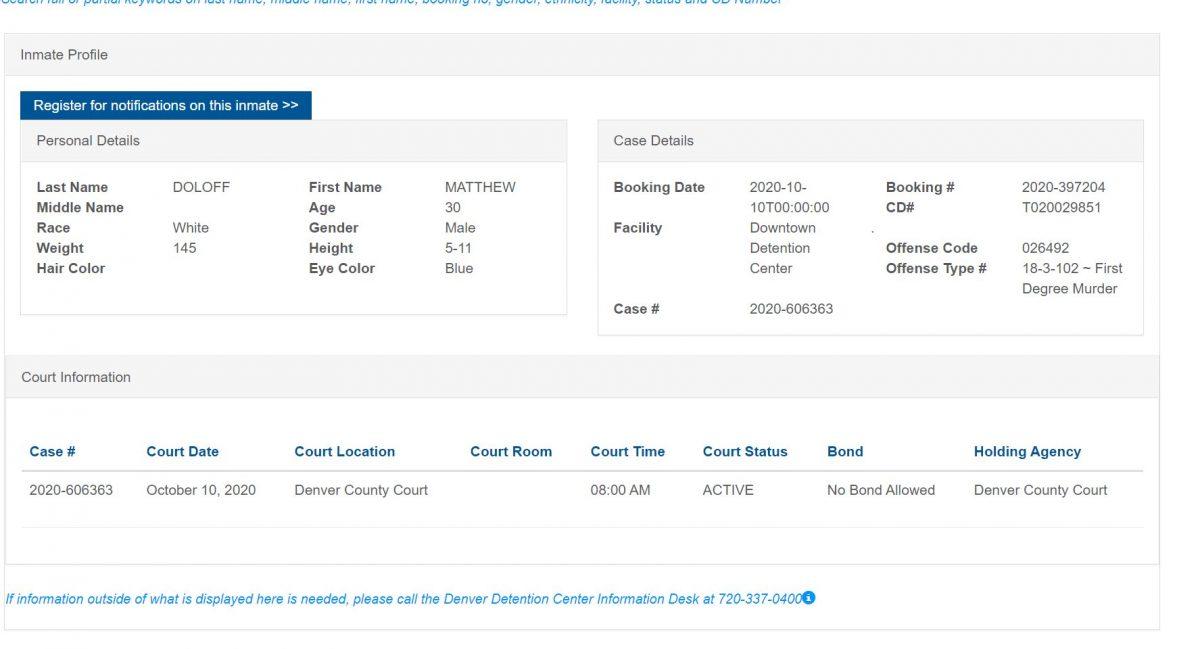 Update (10/11/2020, 1030ET): The shooter, identified as Matthew Doloff, has been charged with first degree murder in the shooting of the Patriot Prayer demonstrator at the Denver Civic Center on Saturday. He has been booked into the Denver jail system.

Doloff was identified by a unique “space invaders” tattoo on his wrist, which has been associated with ‘Rosa Antifa Wien.’ According to Big League Politics, he has expressed support for BLM in Denver recently and appears to be a left-wing Bernie Sanders supporter.

The shooter, Matt Doloff, was a big time Occupy Wall Street/Occupy Denver activist back in the day. They’re all BLM/Antifa now. pic.twitter.com/5AEORaXN9g

This is the Denver shooter, 30-year old Matthew Doloff. He owns a farm and what seems to be a music business. Positively identified by his Space Invaders tattoo here. (@kittylists is uncovering much of this stuff.) pic.twitter.com/6DkfHaiBf5

Causes of the Great Rejection by Commoners