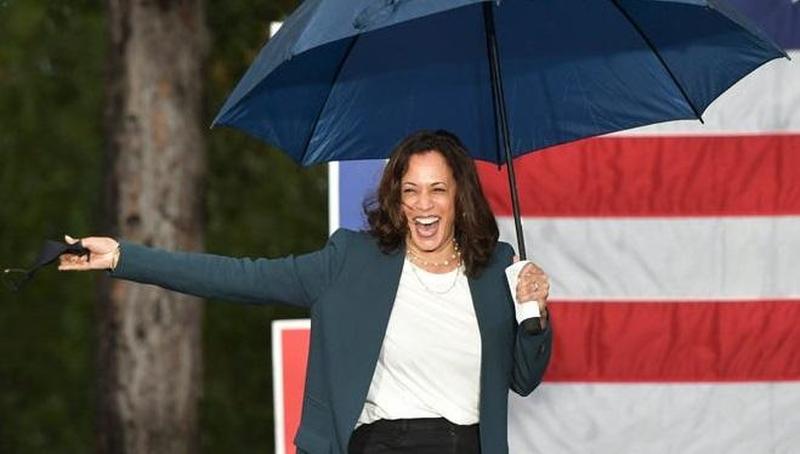 Democratic Vice Presidential Candidate Kamala Harris is listed along with other prominent Democrats as a “key domestic contact” for a Biden family joint venture involving Hunter and Jim Biden in the now-bankrupt CEFC China Energy Co., according to Fox News.

An email exclusively obtained by Fox News, with the subject line “Phase one domestic contacts/ projects” and dated May 15, 2017, Biden’s brother, Jim Biden, shared a list of “key domestic contacts for phase one target projects.”

The email is unrelated to the laptop or hard drive purportedly belonging to Hunter Biden, the former vice president’s son. –Fox News

The email with the ‘key contacts’ was sent by Jim Biden to institutional investor Tony Bobulinski, Hunter Biden, Rob Walker and James Gilliar. It is unclear if any of the Democrats listed above were contacted about the “target projects.”

Bobulinski is a former Lieutenant in the U.S. Navy, and served as the CEO of SinoHawk Holdings, which he said was the partnership between the CEFC/ Chairman Ye and the Biden family.

As an aside, Bobulinski was notably admonished by Gilliar for mentioning Joe Biden’s involvement with their dealings:

In text messages obtained by @FDRLST, Hunter Biden’s biz partner James Gilliar admonished Tony Bobulinski on May 20, 2017: “Don’t mention Joe being involved, it’s only when you are face to face[.]”

And then he brings up Hunter’s role in a 2020 Joe Biden presidential campaign… pic.twitter.com/XGeyOfbera

“I was brought into the company to be the CEO by James Gilliar and Hunter Biden,” Bobulinski told Fox News. “The reference to “the Big Guy” in the much-publicized May 13, 2017 email is in fact a reference to Joe Biden.  The other “JB” referenced in that email is Jim Biden, Joe’s brother.”

Bobulinski, in a statement to Fox News, said “Hunter Biden called his dad ‘the Big Guy’ or ‘my Chairman,’ and frequently referenced asking him for his sign-off or advice on various potential deals that we were discussing.”

“I’ve seen Vice President Biden saying he never talked to Hunter about his business,” Bobulinski said “I’ve seen firsthand that that’s not true, because it wasn’t just Hunter’s business, they said they were putting the Biden family name and its legacy on the line.”

He added: “ I realized the Chinese were not really focused on a healthy financial ROI.  They were looking at this as a political or influence investment.”

“Once I realized that Hunter wanted to use the company as his personal piggy bank by just taking money out of it as soon as it came from the Chinese, I took steps to prevent that from happening,” he added.