“Joe Biden needs to come clean before Americans go to the polls,” the New York Post Editorial Board noted on Thursday.

“Hunter Biden called his dad ‘the Big Guy’ or ‘my Chairman,’ and frequently referenced asking him for his sign-off or advice on various potential deals that we were discussing. I’ve seen Vice President Biden saying he never talked to Hunter about his business. I’ve seen firsthand that that’s not true, because it wasn’t just Hunter’s business, they said they were putting the Biden family name and its legacy on the line,” Bobulinski continues.

The Washington Times reported that Hunter Biden was involved in “myriad million-dollar deals” with China and the Senate Homeland Security and Government Affairs Committee has more than 45,000 documents on the deals.

“There is no bottom-line number for how many millions of dollars Hunter Biden was paid by oligarchs in Moscow and Ukraine, as well as by Communist Party-linked companies in China,” the report said.

“I have not taken a penny from any foreign source ever in my life,” Biden said at Thursday’s debate with President Donald Trump.

But analysts said that is a typical politician response from someone who has been in politics for nearly 50 years.

Biden was playing political semantics and the major media will let him get away with it.

If Hunter Biden took money from China, Russia, Ukraine and others and then gave it to Joe Biden, that would in the semantics game confirm Joe’s contention that he “took” no money from foreign sources. He merely was gifted the money by his son.

In other words, Joe Biden took money from other countries, he sold access to his office, but he wasn’t physically handed a check or a pile of cash so that puts him in the clear?

Bobulinski said in a statement on Thursday:

“The facts set forth below are true and accurate; they are not any form of domestic or foreign disinformation. Any suggestion to the contrary is false and offensive. I could no longer allow my family’s name to be associated or tied to Russian disinformation or implied lies and false narratives dominating the media right now.”

He reveals: “I am the recipient of the email published seven days ago by the New York Post which showed a copy to Hunter Biden and Rob Walker. That email is genuine.”

Another partner sent that May 13, 2017, e-mail (subject line: “Expectations”) to detail “remuneration packages” for six people involved in a venture with Shanghai-based conglomerate CEFC China Energy Co.: 10 percent would be “held by H for the big guy” — and Bobulinski confirms the “big guy” was Joe Biden. “The other ‘JB’ referenced in that email is Jim Biden, Joe’s brother,” says Bobulinski.

Bobulinski, who served in the Navy before pursuing an investment career and notes he’s made “few campaign contributions,” all to Democrats, concludes: “I don’t have a political ax to grind; I just saw behind the Biden curtain and I grew concerned with what I saw. The Biden family aggressively leveraged the Biden family name to make millions of dollars from foreign entities even though some were from communist controlled China.”

Bobulinski says the Chinese weren’t looking to make a “healthy” return on investment: “They were looking at this as a political or influence investment.”

The New York Post Editorial Board said Joe Biden needs to answer: “Does he know Tony Bobulinski? Is the man lying? Why was the former veep meeting with Hunter Biden’s business partners when he’s angrily denied ever discussing his son’s overseas deals? And did Hunter fork over big money to Joe?”

Kimberley Strassel noted in a Wall Street Journal report that Bobulinski provided the Journal emails and text messages associated with his time as CEO of Sinohawk Holdings, a venture between the Bidens and CEFC China Energy, a Shanghai-based conglomerate. 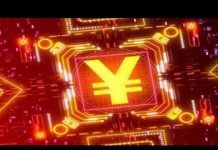