Globally, ETFs added gold for the 10th straight month in September and pushed total inflows to over 1,000 tons on the year.

The previous yearly inflow record was 646 tons set back in 2009.

Gold ETF holdings increased by 68.1 tons last month, despite the metal’s worst monthly price performance since November 2016, according to data released by the World Gold Council.

Gold ETF holdings grew 7% during the third quarter, adding 273 tons or $16.4 billion in assets as the price of gold rose by nearly 7% during the same period. North American funds saw the biggest gold inflows during the quarter but the WGC said inflows in Asia stand out the most. Asian ETFs grew gold holdings by 17%.

Funds in other regions, including Australia, added 0.6 tons of gold.

The World Gold Council projects continued growth in gold investment, noting that the September pullback was likely “tactical” in nature.

The WGC also noted that central banks seem willing to let inflation run hot, a bullish policy for gold. In August, the Fed shifted the inflation goalposts and other central banks seem set to follow suit. The WGC says the Federal Reserve’s higher inflation targeting policy could bode well for gold prices in the future.

Gold is seen as a well-established global inflation hedge, historically achieving stronger returns in higher inflationary markets. In the US, for example, since 1971, the nominal returns of gold with CPI levels below 3% have averaged nearly 6%, while returns in inflation environments above 3% have averaged 15%.” 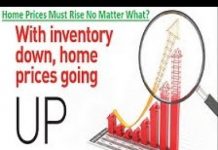