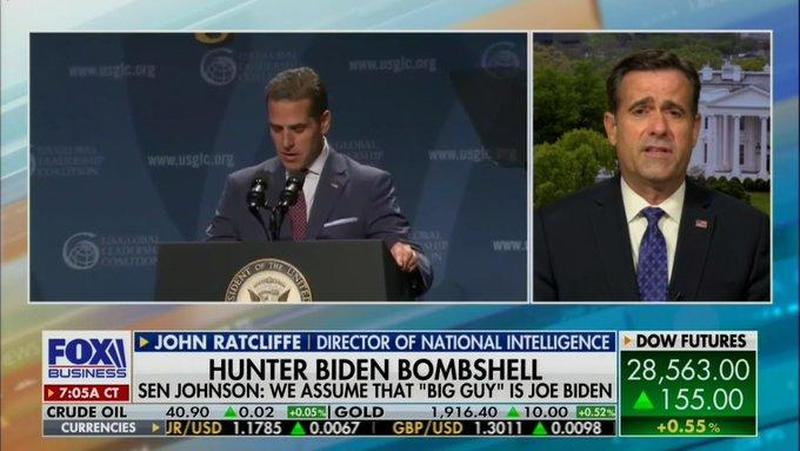 It appears the “Russia, Russia, Russia” cries from Adam Schiff and his dutiful media peons is dead (we can only hope) as Director of National Intel John Ratcliffe just confirmed to Foxx Business’ Maria Bartiromo that:

“Hunter Biden’s laptop is not part of some Russian disinformation campaign.”

As Politico’s Quint Forgey details (@QuintForgey), DNI Ratcliffe is asked directly whether accusations leveled against the Bidens in recent days are part of a Russian disinformation effort. 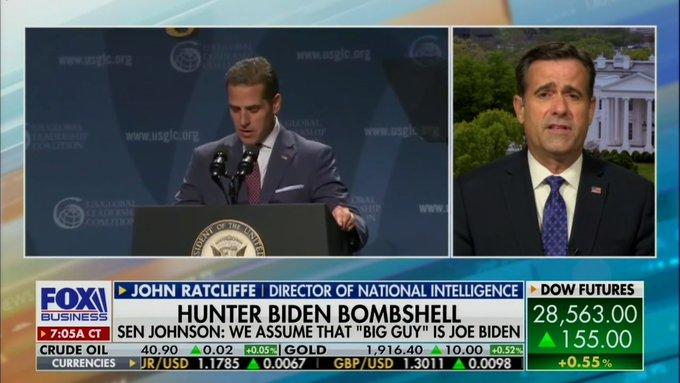 “Let me be clear. The intelligence community doesn’t believe that because there is no intelligence that supports that.”

“We have shared no intelligence with Chairman Schiff or any other member of Congress that Hunter Biden’s laptop is part of some Russian disinformation campaign. It’s simply not true.”

“And this is exactly what I said would I stop when I became the director of national intelligence, and that’s people using the intelligence community to leverage some political narrative.”

“Don’t drag the intelligence community into this. Hunter Biden’s laptop is not part of some Russian disinformation campaign. And I think it’s clear that the American people know that.”

The director of National Intellegence sees more Intellegence than anyone in the country other than @POTUS that is why today he will tell us what is russian dis-information & what is not. Join us #live for @DNI_Ratcliffe @MorningsMaria @FoxBusiness #Exclusive

America in the Post-Freedom Era