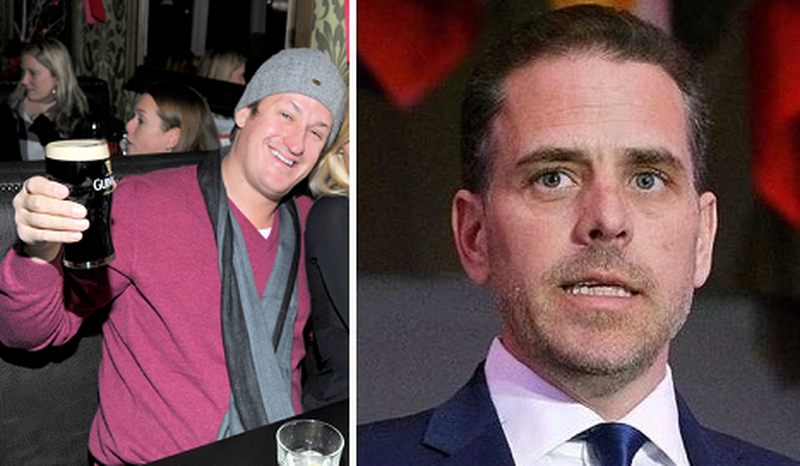 Hunter Biden’s former business associate Bevan Cooney, who flipped on the Bidens and exposed an influence-peddling operation, has been moved out of his prison cell, according to Breitbart News.

Days after Breitbart News senior contributor Peter Schweizer and journalist Matthew Tyrmand published emails provided by Cooney, federal agents moved him from his cell in an Oregon prison around 11:00 a.m. local time on Tuesday to protect him, according to Tyrmand.

“Bevan could sense that things had changed with the rise in visibility of his story,” said Tyrmand.

Cooney’s family stressed to Tyrmand they are “extremely concerned given the nervousness gleaned from Bevan’s reaction this morning and they would appreciate a sign from the powers that be that Bevan is in protective custody.” It is unclear where Cooney has been moved to, and in whose custody he currently is. –Breitbart

BREAKING: hearing that Bevan Cooney has just been removed from the federal facility in Oregon that he has been detained in since last year. #CooneyEmails

BREAKING. Hearing that Bevan Cooney who has shared his Biden related emails with us has been REMOvED from the federal facility in Oregon where he is being detained

Cooney is serving time for his part in a 2016 investment scheme, for which he believes he was the fall guy. Biden business partner Devon Archer was initially spared jail and handed a second trial, however a federal appeals court reinstated Archer’s fraud conviction in the case earlier this month.

“They [the Cooney family] believe that alerting the family is the moral thing to do if anyone in government knows anything regarding Bevan’s immediate situation,” said Tyrmand in a statement to Breitbart News. “They are hopeful he is fine and permanently out of the Oregon facility in which he had been detained for over a year. They know he has been highly motivated in bringing transparency to all of the things that he was exposing by sharing his emails directly with me and Peter [Schweizer]. Given that he was supposed to be released in the coming weeks, although that had been recently pushed back without explanation, his motivation lay purely in seeing justice delivered and warning America about what he had had a front row seat to witness.”

The first story published on Breitbart News last week, by Schweizer and author Seamus Bruner, detailed how Hunter Biden and his associates secured high-level White House meetings for Chinese Communist Party-connected elites visiting Washington from China. That included, per those Chinese elites, a secret unreported meeting with then-Vice President Joe Biden himself. Other emails that surfaced on One News Network showed a deeper relationship between the Bidens and the ex-wife of the former Moscow mayor Elena Baturina. More emails surfaced Monday in another Breitbart News report showing how Hunter Biden’s business associate viewed his relationship with his father, Joe Biden—a “direct administration pipeline”—as a form of “currency” to trade on and make more money. More stories are in the works. –Breitbart