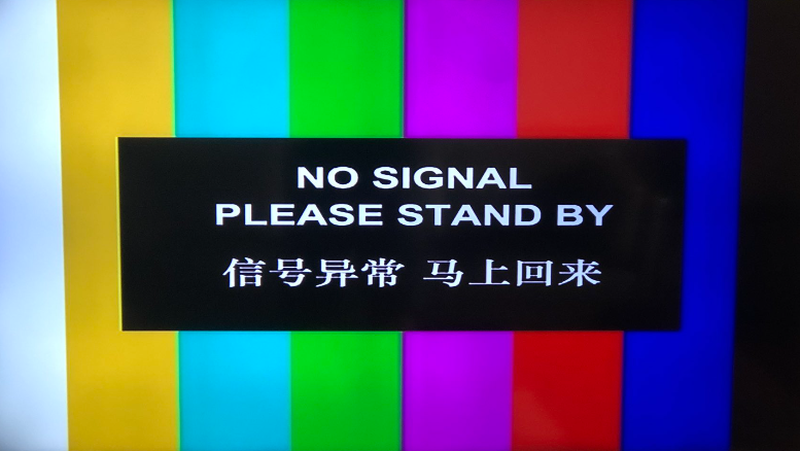 The debate feed was cut inside China apparently in order to prevent citizens from hearing Pence criticize the Chinese Communist government. While the rest of the world heard Pence explain how “China is to blame” for the coronavirus pandemic, this is what viewers inside China beheld on their screen through the duration of the comments:

It was first noted in a viral tweet by Canada’s Globe and Mail correspondent Nathan VanderKlippe based in Beijing.

He took a photo of his TV screen in Beijing at the moment China was raised by the moderator, noting “China censored Pence’s comments on China. Signal returned when Harris began talking again.”

The text written in both Chinese and English asked viewers to stand by, perhaps misleadingly giving the impression there was a ‘technical difficulty’.

How would you describe our fundamental relationship with China? Are we competitors, adversaries, enemies?” debate moderator Susan Page had asked.

However it was clear the communist authorities wanted to censor Pence’s comments such as the following:

“China and the World Health Organization did not play straight with the American people,” Pence added. “They did not let our personnel into China to get information on the coronavirus until the middle of February.”

Interestingly the feed did return in time for Harris to respond in a more China-friendly way with, “The Trump administration’s perspective and approach to China has resulted in the loss of American lives, American jobs, and America’s standing.”

Harris was accused in Conservative media of dodging the question, as she didn’t explain further but pivoted to charging President Trump with having “a weird obsession” with undoing any of the “accomplishments” of the Obama administration.