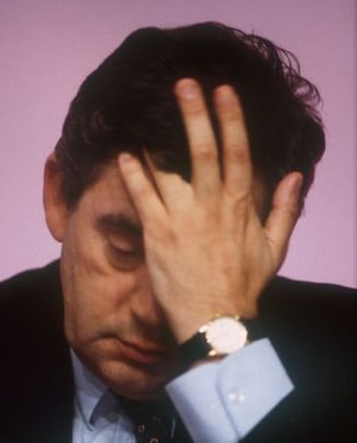 Written by Larry White of the “View from our White House, Monetary System Reform Watchdog” blog.

Earlier this year, we did a fascinating interview with Robert Pringle who had just released his new book The Power of Money. Robert has decades of experience working with central bankers from around the world. At one time he was the Director for the Group of 30. He was also the head of The World Gold Council’s public policy unit. Robert can talk about events and decision makers from direct first-hand experience which makes his observations extremely valuable. Anyone who has followed the monetary system issues we cover here, which includes the impact of gold over time on that system, will obviously be interested in what Robert has to say.

With that in mind, we will feature a recent article from 6 September 2020 by Jeremy Warner appearing here in The Telegraph (UK). The article talks about how recent events and central bank monetary policies are causing gold to once again attract attention around the world. We all know gold just recently reached an all time high price in US dollars. This article in The Telegraph makes some interesting statements and we encourage readers to read the full article (which can be read in full in Press Reader here). Below are a couple of selected excerpts and a few bullet point observations from the article. I sent this article to Robert Pringle and he kindly offered to provide some interesting historical perspective on the 1999 UK Gold Sales event mentioned in the article since he was there as a first hand observer.

From the Telegraph article:

“It is now relatively commonplace among the super-rich to have at least some small part of their wealth diversified into gold. Call it an insurance policy against “when money dies”, the title of Adam Fergusson’s brilliant history of the Weimar hyperinflation….more or less everywhere, currency debasement is now rife to help pay for the burgeoning costs of the Covid-19 crisis and that’s set alarm bells ringing.”

“Nor is it just the wealthy who are using gold as a means of hedging themselves against a devalued dollar. The Chinese authorities have been steadily increasing their gold reserves for some years now, resulting in a massive transfer of the metal from West to East.”

“Whatever; the fact is that gold tends to sustain its value over time. National currencies, eroded by inflation and political manipulation, do not.”

“Britain still owns 310 tonnes of [gold], hoarded away in the Bank of England’s vaults. Yet it might have been so much more, but for Brown’s turn of the century determination to diversify away from the “barbarous relic” – as John Maynard Keynes famously called the precious metal – into a basket of fiat currencies. This certainly helped rescue a number of banks from ruinous short positions in the metal, and China substantially to expand its own reserves at what later proved to be knock-down prices, but at considerable cost to the nation’s wealth. The loss on the sales when judged against today’s elevated price is around £10bn – a somewhat expensive misjudgment it might be said.”

This Telegraph article, as shown above, states that gold has held up over time in terms of holding its purchasing power better than national fiat currencies in general. It also says:

– as quoted, that the UK sold off a large amount of its gold reserves at much lower prices years ago

As Robert Pringle was close to the action on the 1999 UK Gold Sales, he has kindly reviewed the Telegraph’s article for us and has offered the following fascinating observations about the event based on his own personal experiences and recollections:

“I was quite deeply involved in orchestrating the public opposition to these sales (1999 UK gold sales) with the slogan “Hands off our gold!’ The World Gold Council took a whole page advertisement in leading popular newspapers to protest. This intensely annoyed ministers.

Then I was called into Her MAJESTY’S TREASURY for a personal reprimand by Gus O’Donnell, senior adviser to Brown and later head of the British Civil Service and top adviser to three prime ministers. He was intensely irritated. He told me: “This is not the way to influence Ministers’!

We also ran a call centre campaign. On day one the call centre, which had 20 agents answering calls, crashed in the first 20 minutes.  We also sailed a barge up the Thames and parked it outside the House of Commons. It had a banner on it saying ‘Gordon Brown & Co: Scrap Metal Merchant’ with pots and pans painted in gold colour. Pictures that appeared were on the front page of  leading national newspapers the next morning.

The sale was a personal decision by Gordon Brown on the advice of the Treasury mandarins who thought it would make him look “modern” and of course it all came unstuck. It would plague him for the rest of his career and remains one of the great blots on his reputation.

I also played a role in persuading central banks to to do something about the collapse of the gold price when they put a floor under the market later that year – but that’s a story for another day (for those who can’t wait it is told in my book The Power of Money -page 189).”

A thank you to Robert for sharing these recollections for readers here. These kinds of observations coming from someone directly involved with the event are hard to find and much appreciated here. Perhaps he will share more on the central bank agreement done in 1999 to limit gold sales. He talks about it in his book for those who recall that agreement and want to learn more about it. One thing I have learned from Robert over the years is that events like this are understood with better insight if you have input from those directly involved at the time. 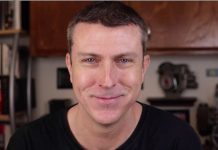