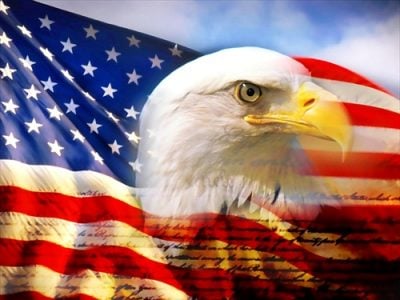 “Essentially what we’re looking at is a broader perspective of how the United States de facto supported Nazi Germany with a view to destroying the Soviet Union, as well as weakening the British Empire and competing empires including of course France, Belgium, Holland, etc. and again those countries virtually are no longer colonial powers.” – Professor Michel Chossudovsky (from this week’s interview).

America was born out of a revolt against British imperial rule.

In the 18th and 19th centuries, the British Empire was “the hated enemy”. In 1812, the young republic declared war on Great Britain and tried unsuccessfully, to conquer the Canadian colonies.

Within less than a half century of its birth, the United States of America under President James Monroe, established a policy that came to be known as the Monroe Doctrine, which asserted that the USA would oppose any further colonization in the Americas (Western Hemisphere) by European powers. By establishing a sphere of influence outside its borders, the new republic was arguably taking its first steps in the direction of becoming an imperial power. [1]

Subsequent decades saw the U.S. continue to grow in geographic size, economic power and geopolitical influence. By the mid-twentieth century, the U.S. had become a significant military and economic player, and after World War II, the U.S. was to overtake all the European powers as the dominant force on the world stage.

A popular conception is that the United States is a democratic country devoted to the principles of the Founding Fathers and tasked with the responsibility of bringing freedom and democracy to the world. A less naive viewpoint might hold that governments corrupted by greed and the influence of big money have redirected the country’s foreign policy away from these high ideals toward whatever might benefit entrenched wealthy interests.

The notion that America’s military expansion might be guided by imperial rivalries with European powers is not immediately evident. Certainly, while menacing gestures and indignant statements toward nations like China or Russia or the so-called rogue or failed states like North Korea and Iraq may be common-place, U.S. leadership over the last century has typically exhibited a congenial attitude toward its counterparts in Europe.

In a recent paper by Professor Michel Chossudovsky (presented at the National Autonomous University of Nicaragua (UNAN)) focussing on documentary record of  both world wars, the interwar period, the Cold War and the post Cold War period, America has continued to adopt an adversarial attitude toward Great Britain.

In fact, the paper, published in Spanish as La globalizacion de la guerra: Cronología de la “Guerra Larga” de EE.UU. contra la Humanidad, exposes, among other aspects, U.S. support for Nazi Germany, a 1920-39 approved plan to invade Canada, and plans to wage a nuclear war against 66 Soviet cities in the immediate wake of World War II at a time when the two countries were allies.