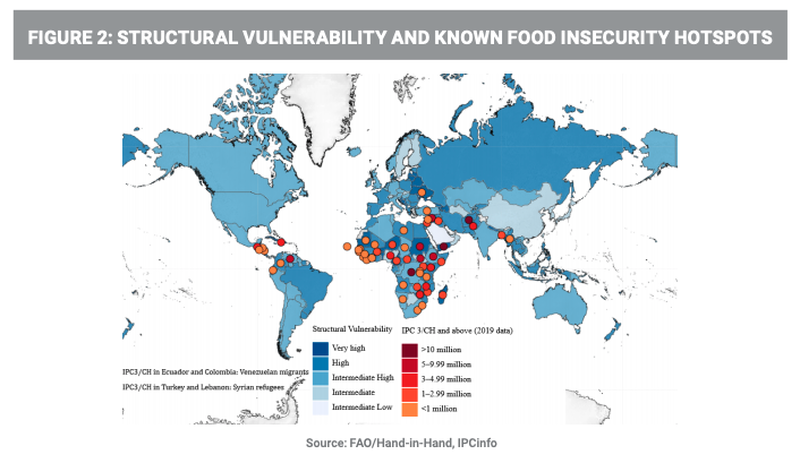 On Thursday, the Food and Agriculture Organization (FAO) of the United Nations said world food prices rose for the fourth consecutive month in September, led by surging prices for cereals and vegetable oils, reported Reuters.

FAO’s cereal price index jumped 5.1% in September and is 13.6% above its value one year earlier.

Dairy prices barely budged over the month, with moderate price increases for butter, cheese, and skim milk powder, offset by a decline in whole milk powder.

Sugar prices declined 2.6% over the month, mainly because of a global glut expected to persist through the 2021 season.

Meat prices slipped .9% on the month and were +9.4% year-on-year, with prices for pork slumping due to China’s ban on pork imports from Germany after several cases of African swine fever were recently found.

As outlined by The World Bank in September, rising food costs because of the virus pandemic have significant impacts on vulnerable households, many of which are being crushed into poverty and hunger.

“As the coronavirus crisis unfolds, disruptions in domestic food supply chains, other shocks affecting food production, and loss of incomes and remittances are creating strong tensions and food security risks in many countries,” The World Bank said.

UN secretary-general, Antonio Guterres recently said the world is experiencing one of the worst food crises in five decades. The virus-related downturn is driving wealth inequality to extremes and pushing millions of people into extreme poverty.

Here are the highest at-risk areas for a food crisis breakout: