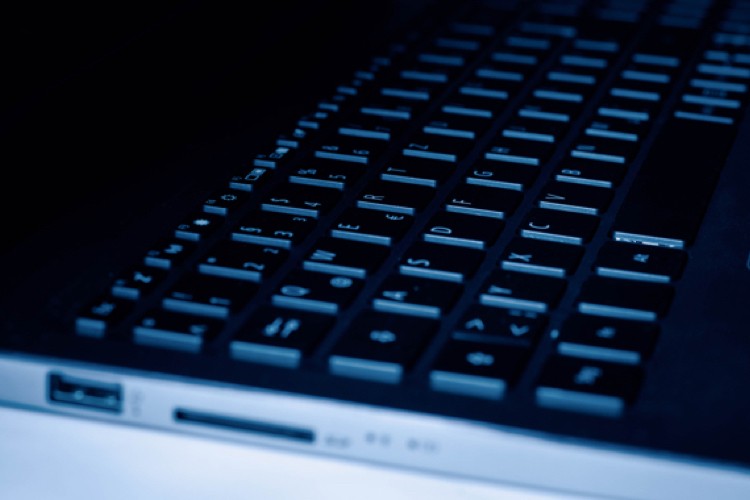 Such were the contents of Hunter Biden’s laptop hard drive that Trump adviser Rudy Giuliani didn’t want the thing in his possession.

The hard drive contains photographs of underage girls, the former mayor of New York told NewsMax’s Greg Kelly. And in a text message from Hunter Biden to his father, Giuliani said, the younger Biden confessed that he was accused of being “sexually inappropriate” with a 14-year-old girl.

And so Giuliani turned the incriminating evidence over to authorites in Delaware, who immediately gave it to the FBI.

When news of the laptop appeared in the New York Post, the dirty pics were somewhat secondary to the main story: An e-mail proved that Hunter Biden introduced his father to a top official from Burisma Holdings, the Ukrainian energy company at the center of the Biden-Burisma influence-peddling scandal.

But Giuliani’s allegations suggest something far worse than routine political corruption. If the text is authentic, the Democrat candidate for president knew his son was accused of sex crimes against underage girls.

“Sexually Inappropriate”
Giuliani received the hard drive of the MacBook Pro from the owner of a computer repair store, John Paul Mac Isaac, a Trump supporter who says Hunter Biden dropped the machine at his store and never returned. Mac Issac gave the hard drive to the FBI and a copy to Giuliani.

Giuliani, in turn, provided a copy to the New York Post, which published a major story about the incriminating e-mail. It was a thank-you note from a Burisma executive to Hunter Biden for arranging a meeting with then-Vice President Joe Biden in 2015.

Biden famously bragged that he forced Ukraine to fire the Ukrainian prosecutor who was investigating Burisma Holdings for corruption. Burisma paid Hunter Biden an exorbitant salary to sit on its board. With his record as a drug addict and no experience in the energy business, Hunter Biden’s lucrative position is inexplicable — except for his connection to Biden senior.

But now Joe Biden’s activities when he was point man for the Obama administration in Ukraine might be secondary, if what Giuliani said is true.

Speaking with Kelly, Giuliani divulged the text message Hunter wrote to his father.

“This is really a very, very sensitive one,” Giuliani began. “There’s a text message to his father, in which he says the following, and he’s discussing his sister-in-law, who for quite some time was his lover.”

Giuliani then read the message:

She told my therapist that I was sexually inappropriate [Giuliani: This would be with an unnamed 14-year-old girl].

When she says that I Facetime naked with [the unnamed 14-year-old girl] and the reason I can’t have her out to see me is because I walk around naked smoking crack talking [to] girls on face time. When she was pressed she said that [the unnamed 14-year-old girl] never said anything like that but the bottom line is that I created and caused a very unsafe environment for the kids.

The message “is supported by numerous pictures of underage girls,” Giuliani continued.

“This was sent to the vice president,” Giuliani said. “What did he do about it?”

Delaware Online reported that Giuliani “visited a New Castle County police station Monday to share files from what he said was Hunter Biden’s laptop,” and that the local cops gave the information to the state’s attorney general, Kathy Jennings.

Jennings handed it to the FBI.

No Russian Disinformation
Unsurprisingly, the Democrats and their information ministry, the hard-left social and mainstream media, are terrified the revelations will derail Joe Biden’s third and final bid for the White House. They say the e-mails on the laptop are Russian disinformation.

“We know that this whole smear on Joe Biden comes from the Kremlin,” leftist Representative Adam Schiff of California told CNN’s Wolf Blitzer. “That’s been clear for well over a year now that they’ve been pushing this false narrative about the vice president and his son.”

Rep. Adam Schiff says he’s concerned that he hasn’t “gotten much from the intelligence community” on Russia peddling disinformation.

“At times, some of the leadership, like Director Ratcliffe, not been very forthcoming in terms of the intelligence on the Russian threat.” pic.twitter.com/JhcVYlCgcf

John Ratcliffe, the director of U.S. intelligence, says Schiff is trying to conscript the intelligence community to serve the Democrats.

“It’s funny that some of the people who complain the most about intelligence being politicized are the ones politicizing the intelligence,” Ratcliffe told Maria Bariromo of Fox News on Monday.

“Unfortunately, in this case, it is Adam Schiff, the chairman of the House Intelligence Committee, who as you pointed out on Friday, said that the intelligence community believes the Hunter Biden’s laptop and emails on it are part of a Russian disinformation campaign.”

Let me be clear: the intelligence community doesn’t believe that because there is no intelligence that supports that. And we have shared no intelligence with Chairman Schiff, or any member of Congress, that Hunter Biden’s laptop is part of some Russian disinformation campaign.

Ratcliffe said Schiff is using the intelligence community to support a “political narrative” that will protect his “preferred political candidate,” Joe Biden.