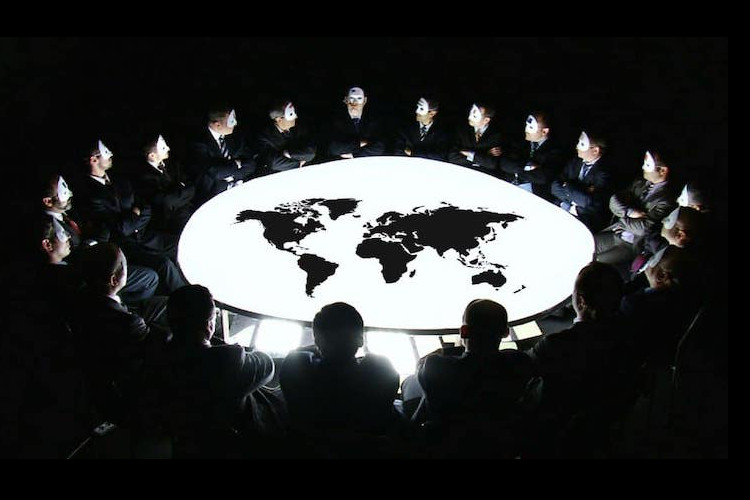 “Here’s the thing, there’s about 150 people that rule the world. Anyone that wants to go into politics they’re all f*cken puppets, okay? There are 150 — and they’re all men — that run the world. Period. Fullstop. They control most of the important assets — they control the money flows. And these are not the tech entrepreneurs. Now, they are going to get rolled over, over the next 5-10 years by the people that are really underneath pulling the strings.”

Some of you may remember Chamath Palihapitiya from his warning that social media was “ripping apart the social fabric of how society works,” which received generous attention in the media and went viral as a result. What most people completely missed, and what no single major media outlet reported — at least to the best of my knowledge — was when he explained that “150 men rule the world” and they are “going to roll over” the tech entrepreneurs in the coming years.

Censorship Has Since Grown To Unprecedented Levels

Within just a few months of these unambiguous claims, a series of controversial laws from different governments were either proposed or passed, that would impose harsh penalties and fines on tech companies that did not censor postings considered to be “harmful” or “dangerous” by the authorities. In Germany, for example, the government passed a law that would fine social media sites up to £44 million if they did not remove whatever they decided qualified as “hate speech” within 24 hours. Similarly, the European Union proposed that “terrorist” content be taken down within an hour or face harsh penalties. Repeat offenders could be sanctioned by up to 4% of their global turnover, which amounts to billions and billions of dollars.

As we all presumably know by now, censorship has since grown to unprecedented levels. I myself have had my YouTube and Facebook accounts deleted, as has the Free Thought Project, amongst many others who have been accused of “inauthentic activity” or something equally ambiguous . And then more recently, in the face of this current pandemic, censorship of information has become even more brazen, to the point of even targeting respected experts, such as Knut Wittowski and others, for challenging the lockdown policies being imposed. In all instances the authorities claim that this is for the public’s safety and protection.

Whether this censorship is the result of the “150 men that rule the world” or not, is something that we can only speculate about since the likelihood of an admission is practically nil. Considering his wealth and position in society, and also his frankness and authenticity of expression, however, Chamath Palihapiti’s claims should not be taken lightly.

Later on in the interview, Chamath proceeds to explain how this ruling class actively use their money and wealth to propagate their own worldview to their personal benefit and self interest, and whether we like it or not, “they don’t give a sh*t about what you think of their worldview,” they are going to use their enormous power and influence to propagate it nonetheless. Being as such, “you have a moral imperative to make sure that if you have a point of view that matters” you make money that will help you influence public perception in a positive way.