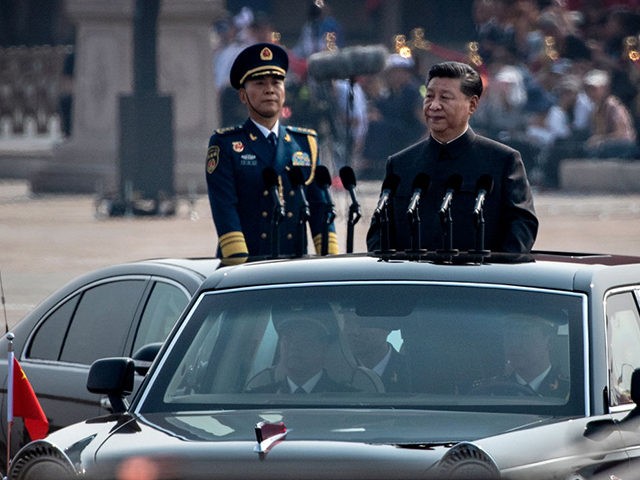 “Most of Europe is in turmoil, as is the USA. All around the world, economies are in free fall – with one notable exception: China,” observed the former Cabinet member in an article for The Telegraph.

“There is a deep sense of irony here. The country from which coronavirus came, and which did so little in the early days to help the rest of the world escape its spread, is now bouncing back by selling us the equipment we need to combat that very virus,” he said. He then cited the sale of personal protective equipment and items such as customised “work-from-home” computers.

“Even worse, investors in the West are queuing up to give China their money… Project Kow Tow is alive and well,” wrote the former soldier.

Sir Iain explained to readers that the Chinese communists have “understood how short-term democracies can be in their outlook” and have been exploiting this, “funded by the huge levels of Western investment into the country”, to lay down long-term plans for global dominance.

Citing as an example the Belt and Road project, he explained: “Sixty-eight countries, representing 65 per cent of the world’s population and 40 per cent of global GDP… signed up to an arrangement that leaves the poorer nations involved so utterly dependent on China that none dare challenge its appalling behaviour.”

Such is the economic pressure that the CCP can apply as a result of this “economic colonisation”, old-fashioned international forums such as the United Nations are now no check on its power, as their leverage “ensures that any complaint brought to the UN is vetoed”.

Advanced countries, too, are increasingly beholden to the East Asian powerhouse, he observed, pointing out how Australia was left “alone in the firing line” after its push for a real, independent inquiry into the cause of the coronavirus outbreak saw it denounced by Beijing and subjected to sanctions.

“For too long, in the pursuit of quick profits, government after government has turned a blind eye to the growing abuses and aggression of China’s communist government. Business leaders, too, raced each other to invest. Now so many of them act as China’s useful idiots, defending its dictatorial government whenever required,” he lamented.