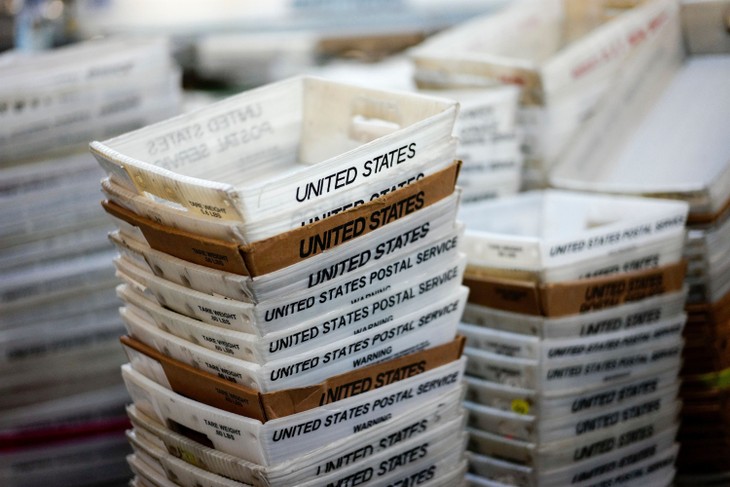 You heard that right. A federal judge—the same federal judge who appointed a private citizen to argue in favor of continuing the prosecution of another private citizen even when the government itself sought to dismiss the charges—has now issued what Politico calls “a highly detailed order” concerning USPS operations and procedures.

Too bad Sullivan can’t seem to find the time to issue “a highly detailed order” dismissing the unjustified continuation of the Flynn prosecution – despite the Court of Appeals telling him to “proceed with appropriate dispatch,” which is formal court-speak for telling a judge to act quickly. Sullivan is exhibiting the same dangerously broad views of his powers here that he has displayed in the Flynn case.

Here’s what happened: In June 2020, Louis DeJoy took the helm of the USPS. The first postmaster general to come from outside the agency in more than 20 years, DeJoy drew upon his expertise in logistics to implement commonsense measures that would put the struggling service on a firmer financial footing.

Action was needed because the USPS has lost $78 billion over the past 13 years, leaving it basically insolvent. At the time DeJoy came on board, the coronavirus pandemic had “reduced its revenue and put the agency on track to run out of cash in September.”

One of his reform measures aimed to get postal employees to complete their deliveries on time, and discourage late and extra mail delivery trips. That drew the ire of union leaders. After all, why should their members have to get eight hours worth of work done in eight hours, when they could stretch it into 10 or more hours and continue pocketing hefty overtime checks?

In crying “foul,” opponents of this commonsense reform cast it as a nefarious scheme to inhibit timely delivery of mail-in ballots. It was a frivolous claim, of course. After all, both Democrats and Republicans use absentee and mail-in ballots, so any deliberate attempt to delay mail delivery would hurt all candidates, regardless of party affiliation.

Still, lawsuits were filed, and on August 18 DeJoy announced: “To avoid even the appearance of any impact on election mail, I am suspending these initiatives until after the election is concluded.”

But that wasn’t enough for Judge Sullivan. Acting on an emergency motion filed by four plaintiffs from Texas, Pennsylvania, New York, and Wisconsin, Sullivan issued a series of preliminary injunctions finding that the now-suspended “July 2020 Policy Changes aimed at reducing the number of late and extra trips would impose an undue burden on Plaintiffs’ and other voters’ constitutional right to vote, and that absent injunctive relief, Plaintiffs face irreparable harm.”

Please note: As the 7th Circuit Court of Appeals recently reminded everyone, “as long as the state allows voting in person, there is no constitutional right to vote by mail.” Also note: Each of the four states allows and encourages in-person voting; each also allows ample time to return any mail-in ballots before the election.

The idea that unenforced policy changes could unconstitutionally interfere with someone’s right to vote by mail where none existed in the first place is absurd.

But Sullivan’s orders stand. His “highly detailed order” specified the exact language to be used in a notice that he decreed had to be issued to USPS personnel by the next day. In addition to saying that “The guidelines issued on July 14, 2020, by USPS Vice President of Logistics, Robert Cintron, regarding the use of late and extra trips are rescinded,” the notice also had to say:

USPS personnel are instructed to perform late and extra trips to the maximum extent necessary to increase on-time mail deliveries, particularly Election Mail. To be clear, late and extra trips should be performed to the same or greater degree than they were performed prior to July 2020 when doing so would increase on-time deliveries. Any prior communication that is inconsistent with this instruction should be disregarded.