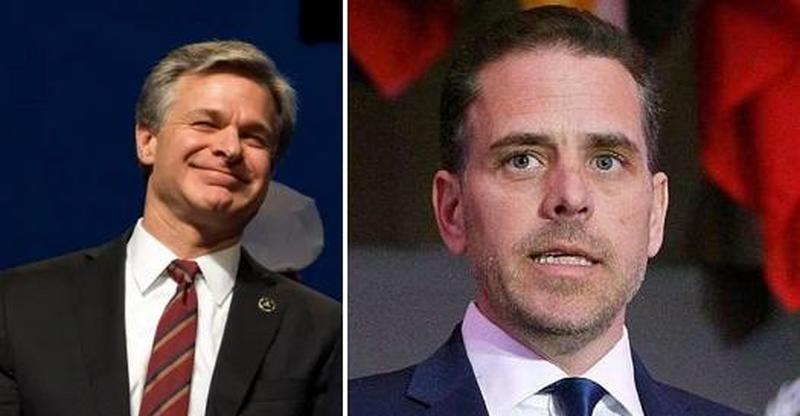 Sen. Ron Johnson (R-WI) is calling on the FBI to ‘come clean’ over the agency’s involvement with Hunter Biden’s laptop, after refusing to ‘confirm or deny’ certain details contained in a whistleblower complaint by a Delaware computer shop owner.

“The FBI has a duty to inform us. If they believe this was maybe Russian disinformation, they should give us a defensive briefing,” Johnson told Fox News‘ “Sunday Morning Futures.”

“If, for example, they also believe that what information this whistleblower gave us is fraudulent, that would also be a crime, and FBI should tell us that.”

Host Maria Bartiromo brought up a salient point – that the FBI was allegedly in possession of Hunter Biden’s laptop which contains apparent evidence of pay-for-play corruption in Ukraine, at the same time Congressional Democrats were impeaching President Trump for asking Ukraine to investigate exactly that.

“If the FBI was in possession of these emails from Hunter Biden’s computer indicating all of these payouts, why did they not make this public, as President Trump was being impeached in the Senate about Ukraine?”

Johnson replied: “the larger question really is; if they had this information – and these are genuine emails which would probably reveal all kinds of things that would have been very relevant to the impeachment case, why did they sit out? Are they covering up because Hunter Biden might be engaged in things that also maybe should have been investigated and possibly prosecuted? Dow we have two systems of justice? One for Democrats, one for Republicans, one for the well connected, vs. one for the rest of the Americans.”

“Well, I think you just made the connection,” Johnson replied. “This is what the FBI has to come clean about. This isn’t a standard investigation… this is something that, as we were talking about, relates to national security. And if there’s criminal activity involved that can be tied to Hunter Biden or his business associates, or even possibly tied back to members of the Biden family – well some of these emails indicate that Joe Biden is fully aware of this.”