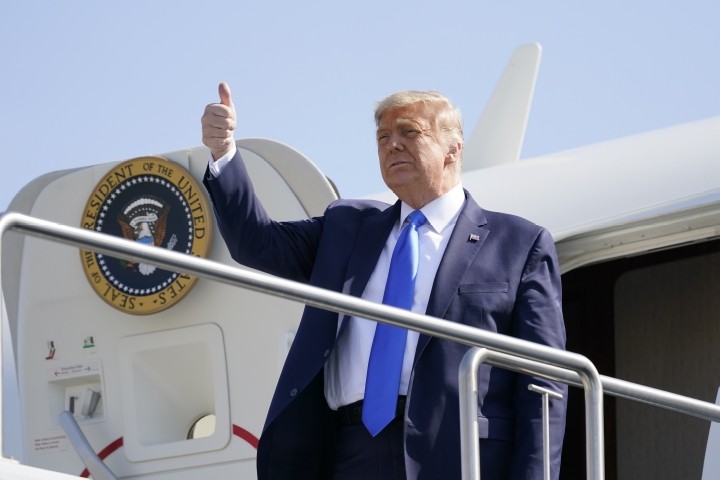 Jen O’Malley Dillon, Biden’s campaign manager who admitted that Biden’s polling numbers are inflated, has significant obstacles to overcome to get her man into the White House in January 2021.

Following revelations that Joe Biden’s son, Hunter, profited from selling access to his father while he was Vice President, the affair is beginning to show up in the polls. This is despite the former vice president’s protestations that the whole “Hunter thing” is just a “smear campaign.” The latest IBD/TIPP poll taken just after the New York Post printed the story showed the Biden campaign already losing three percentage points of its previously reported advantage over the incumbent.

Former President Obama has been reluctantly enticed out of silence and retirement to hit the campaign trail for Biden.

Larry O’Connor, who hosts a politics and pop-culture talk show in Washington, D.C., and Los Angeles, has questioned the validity of the whole “likely-voter” paradigm driving nearly all the national media’s polling strategies. He noted, “If you have voted before, or are aware of the local voting location, you are more likely to show up in those ‘likely voter’ polls.”

They are not voters whom the national pollsters are likely to quiz. O’Connor notes the results from the rally in Des Moines last week tallied by the Trump campaign. They identified more than 10,000 attendees, half of whom are NOT Republican, and more than a QUARTER of whom are Democrats. Twenty-five percent of them did not vote in 2016, and more than one in eight have never voted.

He said: “Think of that! The people who go out of their way to go to a Trump rally are not counted for the presidential election!”

Those numbers from the Des Moines rally were repeated in the Janesville, Wisconsin, rally on Saturday: Nearly 14,000 signups, half of whom weren’t Republicans and a quarter of whom did not vote in 2016.

From the Muskegon, Michigan, rally, the day before: Nearly 12,000 voters’ names were collected, with less than half of them Republicans and nearly 40 percent of whom didn’t vote in 2016.

Biden campaign manager O’Malley Dillon is also facing a registration gap. As Andrea Widburg noted at American Thinker, “There’s good evidence that the people who haven’t voted but are attending the rallies are registering to vote. In Florida, a key state to win the election, new Republicans halved the once huge advantage Democrats had. Republican registration is also rising in Pennsylvania, another must-win state.”

In Pennsylvania, a state that Trump won by a scant 44,000 votes in 2016, the Republican Party has picked up nearly 200,000 voters. As a result, JPMorgan is estimating that Trump could win the state in November by more than 240,000 votes.

There’s the “small-donor” measure of enthusiasm for the Trump campaign, with the number of donors contributing less than $200 to the president’s campaign outpacing “small donors” to the Biden campaign.

There’s the “swing-voter” advantage that put Trump into the White House in 2016. The vast majority of them are sticking with the president as The New American reported back in August.

There’s the revelation that despite the COVID shutdown some 56 percent of Americans think they are better off now than they were four years ago.

There are the more than five million new gun owners, the majority of whom are black and female, who could secure another four years for President Trump all by themselves. The reason is simple: Why would a brand new gun owner vote for someone who has promised to take them away?