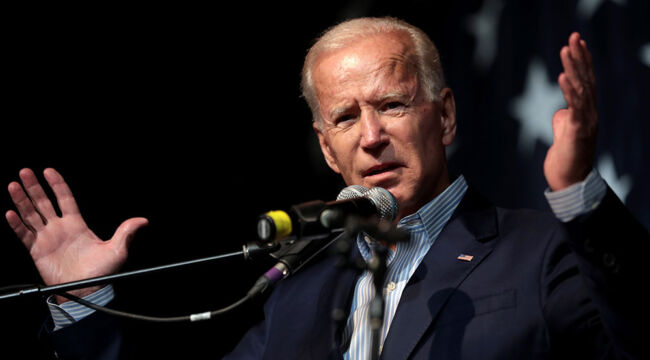 I try to limit my analysis to markets while leaving politics out of it, but sometimes I have no choice but to focus on politics. This is one of those times.

Their potential impact on markets is simply too great to ignore.

Despite media blackouts and social media censorship, most Americans have by now heard about the Biden family scandals involving China, Russia, Ukraine and Kazakhstan (scandals involving other countries may pop up in the next week before the election).

The basic outline is simple. While Joe Biden was Vice President, and after he left office, his son, Hunter Biden, working with several partners, including Dennis Archer, Tony Bobulinski and others, reached out to oligarchs and parties with links to the Communist Party of China to structure deals.

These transactions involved millions of dollars of payments to Biden family members in exchange for White House meetings and government favors from Joe Biden.

Payments were disguised as “consulting fees,” “management fees,” and “director fees,” but little or no work was performed, and expertise in the needed areas was completely lacking on Hunter Biden’s part.

The money was split, with a share going to Joe Biden. He did not receive the money directly. Instead, it was paid to Hunter and Joe’s brothers, Frank and Jim, through shelf companies who could then direct the money to Joe through less suspicious channels or simply buy homes or other amenities for him as his “share.”

These allegations are not based merely on suspicion or inference. The Hunter Biden laptop contains thousands of emails and photographs that confirm the story.

Now, Bobulinski has come forward with direct testimony about meeting face-to-face with Joe Biden. He has met with the FBI and turned over three cell phones with thousands more emails.

Bobulinski has also confirmed that an email message with his name found on Hunter Biden’s laptop is authentic. More information is in the process of being released by former Biden associates other than Bobulinski.

The initial leaks of information have turned into a flood. Normally this would either disqualify a presidential candidate or ensure his defeat. But, due to the pro-Biden media blackout, it’s not clear if enough Americans have heard about this or if enough people even care.

Biden is simply the anti-Trump candidate, and Trump opponents would vote for anyone who was opposing him. Biden is almost incidental.

Why Scandals Blow Over

One problem with American political scandals is that they’re so technical and complicated that the perpetrators can create a fog around the issue, the media can choose not to do their jobs, and the American people can hardly be blamed for losing interest after a year or two of no accountability.

When the scandals arise in bureaucracies like the FBI or CIA, the trail of responsibility is even more difficult because the players have administrative titles in complex organizations that no normal person can reasonably be expected to understand.

When you add delay, lost memories, classified documents (which are classified for no reason other than to hide a paper trail) and bureaucratic jargon, it’s no wonder that investigators are stymied and that citizens give up on ever getting to the bottom of things.

The biggest loser is the country itself because once the crooks realize they can get away with anything, they’re back at their old tricks in no time.

The Biden family scandal exhibits all of those characteristics. The illegal dealings get lost in a maze of holding companies, special purpose subsidiaries, and books and records held in places like the Cayman Islands and Macau.

The political favors are complicated (approving Chinese acquisitions of sensitive U.S. technology by disabling national security filters like the Committee on Foreign Investment in the United States), and the money never goes directly to Joe Biden (it gets filtered through bagmen and cutouts like his son Hunter and his brothers Frank and Jim).

We’ll see if the Biden corruption scandal gets traction or affects the election. But before the entire scandal gets lost in the D.C. cover-up machine, a Wall Street Journal article spells out its full implications.

It’s by Kimberley Strassel. She lays out what is known and verified and connects the dots that stretch from Ukraine to China. It’s a devastating case.

If Biden loses the election, he may face criminal charges stemming from this international shakedown operation. If Biden wins the election, he may be able to squash the investigation, but U.S. national security will be compromised by all of his backroom deals with China. As a result, China will be able to blackmail Biden and his family by releasing additional emails, photos and videos.

It’s a sad day for America when public service gets this corrupt. We may or may not be able to stop this reprehensible conduct in the future. Either way, we owe it to ourselves to understand as much as we can today.

But will it actually affect the election?

My election prediction model has many factors with different weights. I update it constantly to add or delete certain factors or change the weights as circumstances change. I also incorporate other models in my models provided they add value.

One factor I have always relied on is Wall Street sentiment. Is that because Wall Street is really good at forecasting? No! Quite the opposite.

Remember gurus like Paul Elliott and the hedge fund crowd who were sure Mitt Romney would win in 2012? The fact is, Wall Street is good at making money, (for themselves) but they don’t understand politics or everyday Americans.

Basically, what I do is figure out what Wall Street thinks and then do the opposite. Investors are set up for a Biden victory on Election Day with bets on stocks that will supposedly benefit from Biden’s policies, including alternative energy (The Green New Deal) and cannabis.