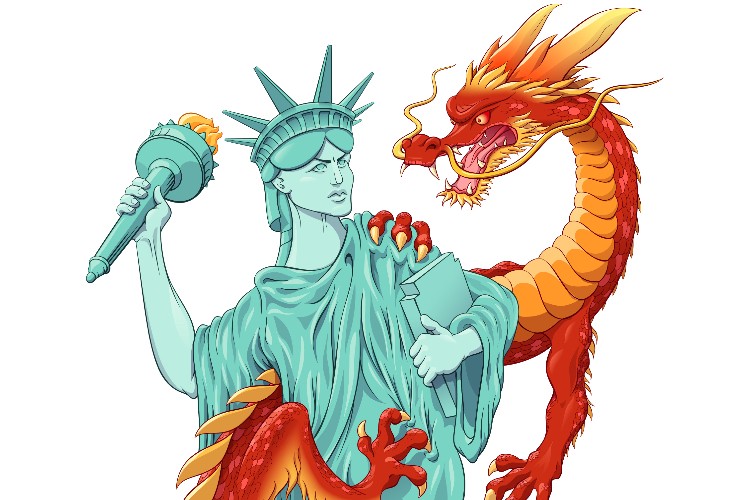 Newly published emails show that Hunter Biden’s business buddies helped set up members of the “China Entrepreneur Club,” also known as “China, Inc.,” with a tour of the White House in November 2011.

But Peter Schweizer and Seamus Bruner revealed something even more disturbing in their report about the emails at Breitbart on Friday. Hunter Biden’s insiders also arranged a meeting with his father, then Vice President Joe Biden.

Meanwhile, another email related to the Biden-Burisma influence-peddling scandal shows that  Vadym Pozharskyi, an adviser to Burisma Holdings, asked the vice president’s son, a Bursima board member, for help in ending a prosecutor’s probe of the energy company.

Burisma, of course, is at the center of the scandal involving Joe Biden, who forced Ukraine to fire the prosecutor investigating the company.

The China Entrepreneur Club went to Hunter Biden and his pals, Schweizer and Bruner reported, because it did not receive a favorable answer from direct overtures to the Obama administration.

All the “entrepreneurs” needed was help from someone plugged in to Biden senior.

The Biden-China influence peddling emails, unrelated to those published in the New York Post, came from convicted fraudster Bevan Cooney, a former associate of Hunter Biden who gave Schweizer access to his Gmail account.

In 2019, Cooney reached out to Schweizer after becoming familiar with the revelations in his 2018 book Secret Empires. Cooney explained that he believes he was the “fall guy” for the fraud scheme and that [Biden partner Devon] Archer and Hunter Biden had avoided responsibility.

But more importantly, “the emails offer a unique window into just how the Biden universe conducted business during the Obama-Biden Administration. These associates sought to trade on Hunter Biden’s relationship with, and access to, his father and the Obama-Biden White House in order to generate business.”

Providing the favor to “China Inc” will be profitable down the road, Khashoggi wrote.

I know it is political season and people are hesitant but a group like this does not come along everyday. A tour of the white house and a meeting with a member of the chief of staff’s office and John Kerry would be great. I will let you think about it. If we can set up meetings even with Rominy or non elected officials might be easier. ( Not sure if one has to be registered to to this). … I would be with them all the time and we would have good access to them for any deal in the future.

That deal, apparently, involved a lucrative potash mine in China.

Khashoggi even explained exactly what he wanted:

Biggest priority for the CEC group is to see the White House, and have a senior US politician, or senior member of Obama’s administration, give them a tour. If that can happen from 9:30am-10:30am on Nov 14th, there will be time for the group to see one-two other top US officials from 10:30am-12pm.

Wrote Fears to Archer, “this is perfect for u to attend and get guys for the potash deal.”

While Schweizer and Bruner don’t say which “senior member of Obama’s administration” gave the White House tour, Archer assured Fears that the meeting would take place. “Couldn’t confirm this with Hunter on the line but we got him his meeting at the WH Monday for the Chinese folks,” he wrote.

The day the Chinese went to the White House, Cooney told Fears that Archer “got the Chinese guys all taken care of in DC.”

The Obama-Biden Administration archives reveal that this Chinese delegation did indeed visit the White House on November 14, 2011, and enjoyed high-level access. The delegation included approximately thirty members, according to White House visitor logs. But those records also obscure perhaps the most important item for the Chinese delegation: a meeting with Vice President Joe Biden himself….

Curiously, the Obama-Biden visitor logs do not mention any meeting with Vice President Joe Biden. But the Vice President’s off-the-books meeting was revealed by one of the core founders of the CEC. In an obscure document listing the CEC members’ biographies, CEC Secretary General Maggie Cheng alleges that she facilitated the CEC delegation meetings in Washington in 2011 and boasts of the Washington establishment figures that CEC met with. The first name she dropped was that of Vice President Joe Biden.

The relationships established during that visit may have benefited Hunter Biden and Devon Archer down the road. Two years later, they famously helped to form the Chinese government funded Bohai Harvest RST (BHR) investment fund.

Another top D.C. mentioned in Khashoggi’s email is, is Juleanna Glover, a top lobbyist and former press secretary for Vice President Dick Cheney.

China isn’t the only beneficiary of Hunter Biden’s many talents, of course.

The globe trotter is experience hand in Ukraine, too.

An email published at the Media Action Network offered more evidence that Hunter Biden and his father were indeed enmeshed in a major influence-peddling scheme there.

As The New York Post reported early this week, Pozharskyi thanked Hunter Biden for arranging a meeting with his father. That proved the Democrat presidential candidate lied when he claimed he didn’t discuss with his son the latter’s work with Burisma.