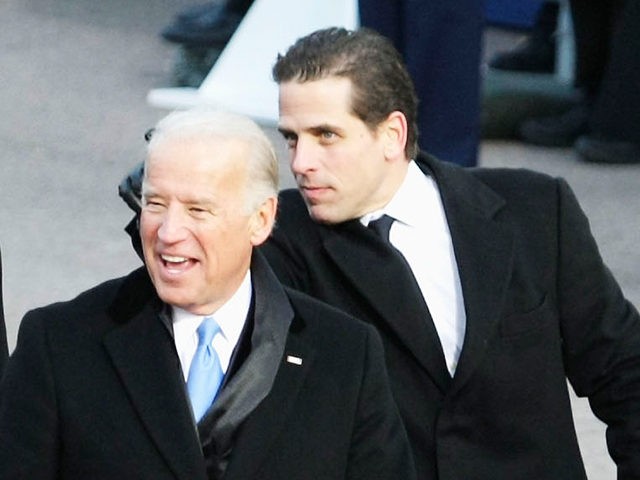 An adviser to the Ukrainian energy company Burisma suggested in an email in 2015 that Hunter Biden was expected to provide “deliverables” for the company, including the “ultimate purpose” of stopping “cases/pursuits into the company’s founder.

The email, contained in a batch published by Ken LaCorte at the Media Action Network, is reportedly from the same laptop that the New York Post claims is the source for source for a recent series of articles about Hunter Biden’s business dealings. The authenticity of the emails has not been verified.

The batch includes an email in November 2015 from Burisma adviser Vadim Pozharskyi to Hunter Biden’s business partners (on which Hunter Biden was cc’ed), outlining a set of “deliverables.”

The emails make clear that Biden and his partners were expected to arrange meetings with U.S. and Ukrainian officials with the goal of “improving Nikolay’s case and his situation in Ukraine.”

“Nikolay” appears to refer to Burisma founder Mykola Zlochevsky, according to the Post.

Pozharskyi wrote that the “list of deliverables” included “the ultimate purpose” of stopping “cases/pursuits against Nikolay”:

My only concern is focus to be on the same page re our final goals. With this in mind, I would like to formulate a list of deliverables, including, but not limited to: a concrete course of actions, uncle. meetings/communications resulting in high-ranking US officials in Ukraine (US Ambassador) and in US publicly or in private communication/comment expressing their “positive opinion” and support of Nikolay/Burisma to the highest level of decision makers here in Ukraine :President of Ukraine, president Chief of staff, Prosecutor General, etc

The scope of work should also include organization of a visit of widely recognized and influential current and/or former US policy-makers to Ukraine in November aiming to conduct meetings with and bring positive signal/message and support on Nikolay’s issue to the Ukrainian top officials above with the ultimate purpose to close down for   any cases/pursuits against Nikolay in Ukraine.

Other emails in the trove show a keen awareness of Hunter Biden’s relationship to his father, then-Vice President Joe Biden, who was leading U.S. diplomacy with regard to Ukraine.

In May 2014, Pozharksyi wrote to Hunter Biden and Archer explaining that Burisma was under pressure from the Ukrainian government. He claimed that government officials, seeking cash, had decided to pressure the company by launching investigations that could result in the company losing its energy licenses or its business partners.

He added:”We urgently need your advice on how you could use your influence to convey a message / signal, etc .to stop what we consider to be politically motivated actions”.

Another May 2014 email from Heather King, a partner at the Boies, Schiller & Flexner law firm, to Pozharskyi — on which Hunter Biden and Archer were cc’ed — proposed creating a “bullet-proof vest” for Burisma, including relationships with U.S. government officials.