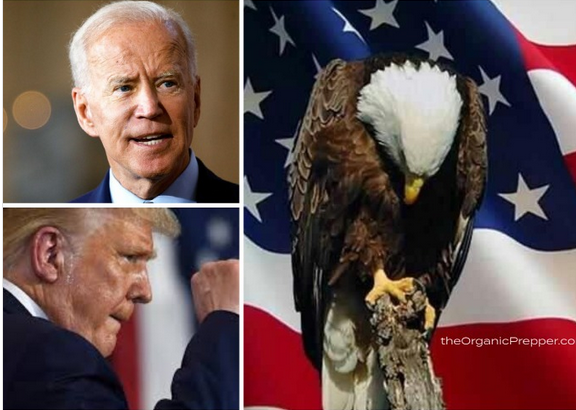 The Transition Integrity Project (TIP) was launched to identify potential risks to the integrity of the November 3, 2020 election process. TIP conducted a series of war games in the summer of 2020, exploring what could possibly go wrong regarding the election. Once risks were identified, the group conducting these war games hoped to find solutions to mitigate those risks.

These simulated “war games” were conducted by a group of Democratic Party insiders, former Obama and Clinton officials, and a number of “Never Trumpers”. TIP justified these exercises as preparation for a Trump loss, and a subsequent refusal by Trump to concede the election.

However, TIP’s report published on August 3, 2020, shows a different story.

In light of this and other studies, no matter where you live, we suggest getting your home ready for the potential of civil unrest and riots and stocking up on emergency food and supplies.

Are these simulations actually manipulating the outcome of the elections?

On the TIP site, it states the goal of the project was to ensure that the outcome of the 2020 Presidential election was legitimate. However, the ties with the Obama administration and pro-Biden groups raises concern that the group is actually planning to ensure the crisis they claim to be attempting to prevent with the simulations.

Whitney Webb writes in an article published on Unlimited Hangout:

…according to TIP’s own documents, even their simulations involving a “clear win” for Trump in the upcoming election resulted in a constitutional crisis, as they predicted that the Biden campaign would make bold moves aimed at securing the presidency, regardless of the election result.

Whitney’s article goes on to explain that the organizers of TIP have ties to the Obama administration, several pro-Biden groups, and the Biden campaign and that this is particularly troubling. Whitney writes:

…the fact that a group of openly pro-Biden Washington insiders and former government officials have gamed out scenarios for possible election outcomes and their aftermath, all of which either ended with Biden becoming president or a constitutional crisis, suggest that powerful forces influencing the Biden campaign are pushing the former Vice President to refuse to concede the election even if he loses.

Such concerns are only magnified by the recent claims made by Hillary Clinton, that Biden “should not concede under any circumstances.” Clinton continued during an interview with Showtime,“I think this is going to drag out, and eventually I do believe he will win if we don’t give an inch, and if we are as focused and relentless as the other side is.”

What are some examples of these simulated war games?

Game 3 “Clear Trump Win”, simulated not only how Republicans could use every option at their disposal to “hold onto power”, but also how Democrats could do so if the 2020 election result is not in their favor.

Joe Biden – played by John Podesta, retracted his election night concession and convinced “three states with Democratic governors – North Carolina, Wisconsin, and Michigan – to ask for recounts.” Then, the governors of Wisconsin and Michigan “sent separate slates of electors to counter those sent by the state legislature” to the Electoral College, which Trump had won, in an attempt to undermine that win.

These structural reforms will lead to the U.S. having 6 additional states. These six new states will ensure a perpetual majority for Democrats because only Democrat-majority areas are given statehood. Notably, in other scenarios where Biden won the Electoral College, Democrats did not support its elimination.

The TIP claimed that the Trump campaign would seek to paint these “provocative, unprecedented actions” as “the Democrats attempting to orchestrate an illegal coup,” despite the fact that that is essentially what those actions entail.

The Biden campaign “provoked a breakdown in the joint session of Congress by getting the House of Representatives to agree to award the presidency to Biden. The Republican party did not consent, noting that Trump had won the election through the electoral college victory.

This simulation ended with no president-elect being inaugurated on January 20.

Who are the people involved in TIP and who are they associated with?

TIP was co-founded by Rosa Brooks and Nils Gilman and its current director is Zoe Hudson.

The article written by Webb reveals that Brooks was an advisor to the Pentagon and the Hillary Clinton-led State Department during the Obama administration. She was also previously the general counsel to the President of the Open Society Institute, which is affiliated with the Open Society Foundations (OSF). Zoe Hudson also has ties to OSF, serving as senior policy analyst and liaison between the foundations and the U.S. government for 11 years.

OSF ties to the TIP are a red flag for a number of reasons, namely due to the fact that OSF and other Soros-funded organizations played a critical role in fomenting so-called “color revolutions” to overthrow non-aligned governments, particularly during the Obama administration. Examples of OSF’s ties to these manufactured “revolutions” include Ukraine in 2014 and the “Arab Spring,” which began in 2011 and saw several governments in the Middle East and North Africa that were troublesome to Western interests conveniently removed from power.

As reported by Webb, Nils Gilman, co-founder of TIP and the current VP of Programs at the Berggruen Institute, is particularly focused on artificial intelligence and transhumanism. Gilman recently told the New York Times that his work at the Berggruen Institute is focused on “building [a] transnational networks of philosophers + technologists + policy-makers + artists who are thinking about how A.I. and gene-editing are transfiguring what it means to be human.”

This question is taken directly from the TIP website. Here is the answer given:

To ensure candid contributions, the Transition Integrity Project’s exercises were conducted under Chatham House Rules, under which participants were free to talk about their own role in the exercises and their general observations, but were asked to respect the confidentiality of other participants. Some of our participants have chosen to write or give interviews about their experiences during the exercise, however. You can see some examples below:

Unofficial TIP spokesperson claims there is reason to be worried.

Though he is not mentioned in the list, Lawrence Wilkerson has been the most outspoken of all the participants. He has done most of the media interviews promoting TIP and its “War Games”. Wilkerson said in an interview in June with Paul Jay that aside from their “war games,” the other TIP activities are confidential.