This election will be nothing like we have ever witnessed before.  There are now reports that politicians have called for “poll watching volunteers” which many assume means there will be voter intimidation.

President Donald Trump’s debate-stage call for volunteers to stand watch at voting locations has prompted an enthusiastic response from what mainstream media is calling “neo-Nazis” and “right-wing activists.” The point of this news is to prepare you mentally for what they already have planned for the election. As The Washinton Post reported, Trump’s comments are leading many state election and law enforcement officials to prepare for voter intimidation, arrests, and even violence on Election Day.

The mainstream media is trying to sell this as violence by the right, yet the left are the ones currently rioting, looting, and burning down cities.

In addition to the voter intimidation, both sides will refuse to concede, and there will be looting, rioting, and violence, regardless of the outcome. This has already been promised, preplanned, and the stage is set.  Neither candidate will be a “net win” for the people of the United States. The system desperately needs you to take a side and it doesn’t matter which side you take.

“I got shivers,” said Andrew Anglin, the founder of the neo-Nazi website the Daily Stormer,  in a post on Wednesday. “I still have shivers. [Trump] is telling the people to stand by. As in: Get ready for war.”

Another Secret Model: A Contested 2020 Election

However, extremists on the left are already spinning election comments as a way to ensure this election will not go smoothly.  Both sides are playing their parts quite well at this point. Numerous “civil rights leaders, “leftists extremists, and Democratic lawyers said Trump’s comments could lead to illegal election interference, and several state attorney generals said they were preparing to arrest anyone who tries to prevent voters from exercising their rights. “This is a blatant attempt at voter intimidation,” said Massachusetts Attorney General Maura Healey (D). “It’s very important to be clear about that. It’s illegal. It is a crime to engage in voter intimidation or election interference.” 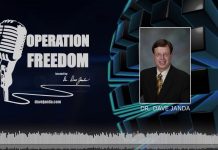