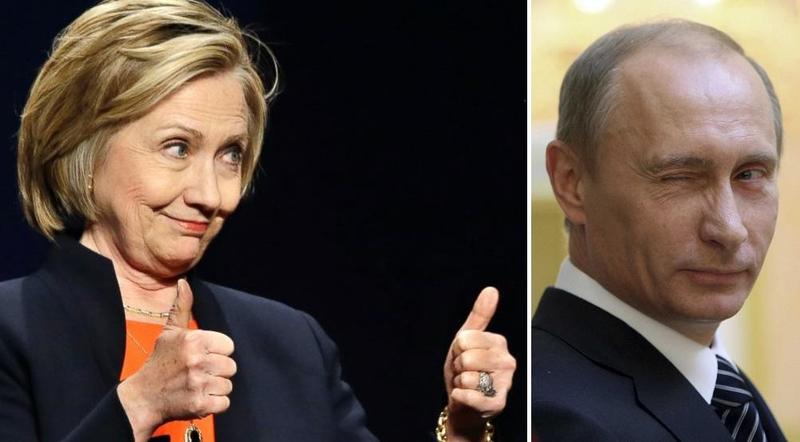 Director of National Intelligence John Ratcliffe on Tuesday declassified several documents, including handwritten notes from former CIA John Brennan after he briefed former President Obama on an alleged plot by Hillary Clinton to tie then-candidate Donald Trump to Russia as “a means of distracting the public from her use of a private email server” ahead of the 2016 US election, according to Fox News.

Ratcliffe declassified Brennan’s handwritten notes – which were taken after he briefed Obama on the intelligence the CIA received – and a CIA memo, which revealed that officials referred the matter to the FBI for potential investigative action.

The Office of the Director of National Intelligence transmitted the declassified documents to the House and Senate Intelligence Committees on Tuesday afternoon.

“Today, at the direction of President Trump, I declassified additional documents relevant to ongoing Congressional oversight and investigative activities,” Ratcliffe said in a statement to Fox News Tuesday. –Fox News

“We’re getting additional insight into Russian activities from [REDACTED],” read Brennan’s notes. “CITE [summarizing] alleged approved by Hillary Clinton a proposal from one of her foreign policy advisers to vilify Donald Trump by stirring up a scandal claiming interference by the Russian security service.”

1. Notes by John Brennan on briefing to Obama on alleged Clinton plot to dirty up Trump campaign by linking it to DNC Hack/Russia

2. CIA referral to FBI about the alleged Clinton plot@EpochTimes

Clinton spokesperson Nick Merrill called the allegations “baseless bullshit,” however DNI Ratcliffe said in a statement last week: “To be clear, this is not Russian disinformation and has not been assessed as such by the Intelligence Community,” adding “I’ll be briefing Congress on the sensitive sources and methods by which it was obtained in the coming days.”

A source familiar with the documents told Fox News on Tuesday that the allegation was “not disinformation.”

Another source familiar with the documents told Fox News that “this information has been sought by hundreds of congressional requests for legitimate oversight purposes and was withheld for political spite—and the belief that they’d never get caught.” –Fox News

And per The Federalist: “There is no evidence the FBI ever took any action to ensure that Russian knowledge of Clinton’s plans did not lead to infiltration of that campaign’s operation by Russian intelligence agents. The CIA referral, specifically its reference to a “CROSSFIRE HURRICANE fusion cell,” suggests that the Obama administration’s anti-Trump investigation may not have been limited to the FBI, but may have included the use of CIA assets and surveillance capabilities, raising troubling questions about whether the nation’s top spy service was weaponized against a U.S. political campaign.”