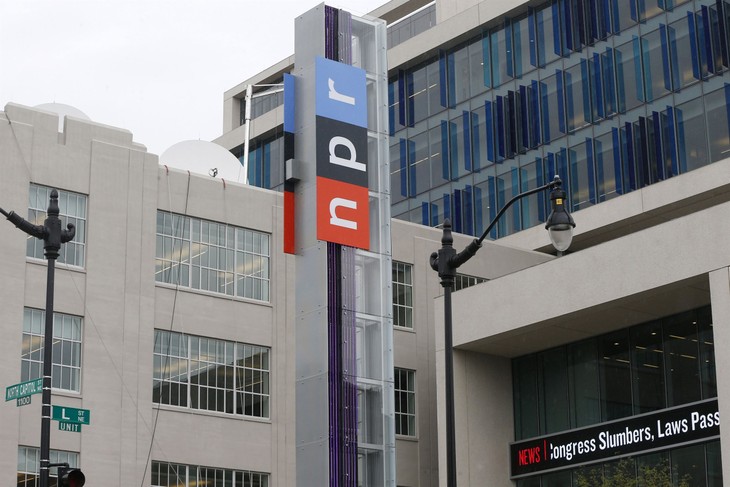 We don’t really need yet another reason to defund NPR, but here’s a new one anyway. It reported on Friday that Alexander Hillel Treisman, a 19-year-old from North Carolina, was arrested when police investigating a report that his van was abandoned “looked into the van’s windows and saw an array of items: an AR-15 rifle, the box for a handgun, a canister of explosive material, and a box of ammunition, according to a court document. Police say they towed and searched the van, finding more than $500,000 in cash, drawings of swastikas and planes crashing into buildings, books on survival and bomb-making, and a half-dozen firearms.” Not surprisingly for one of the flagships of the hard Left’s propaganda machine, NPR left a few significant details out of its report.

The Daily Beast, of all people, fills in the blanks, reporting that Treisman’s van contained “books about survival, bomb making, improvised weapons, and Islam.” The books on survival and bomb-making made NPR’s report, but not the books on Islam. NPR seems to be following what has by now become standard establishment media practice: minimize, whitewash, or ignore outright any aspect of a news story that might make people think ill of the Left’s favored religion, Islam.

NPR also didn’t see fit to note that Treisman, who has not yet been charged for plotting against Biden but was charged early in October with possessing “a total of 1,248 videos and 6,721 images of child pornography content,” is not the “right-wing extremist” that many Twitter Leftists have assumed (and hoped) that he was. The first comment on The Huffington Post’s article is: “Another Trump-loving incel – complete with swastikas to boot. He bought the full MAGA package apparently. White House gift shop?” Another added: “The president is an inspiration to the next generation of domestic terrorists — ready to defend white supremacy to the death — nice work there Trumpers.”

But in reality, Treisman is not a Trumper, but one of the Left, a supporter of Bernie Sanders.

The HuffPo, like NPR, doesn’t bother to inform its readers about this at all. Other reliably Leftist “news” organs did mention it, but only in a manner that would ensure that as few people as possible actually saw it. Buried in the fifteenth paragraph of the Washington Post story on Treisman is the salient fact that this psychopath himself explained that he wanted to kill Biden in order to “save bernie [sic].” The Times of Israel waited sixteen paragraphs before it got around to mentioning this.