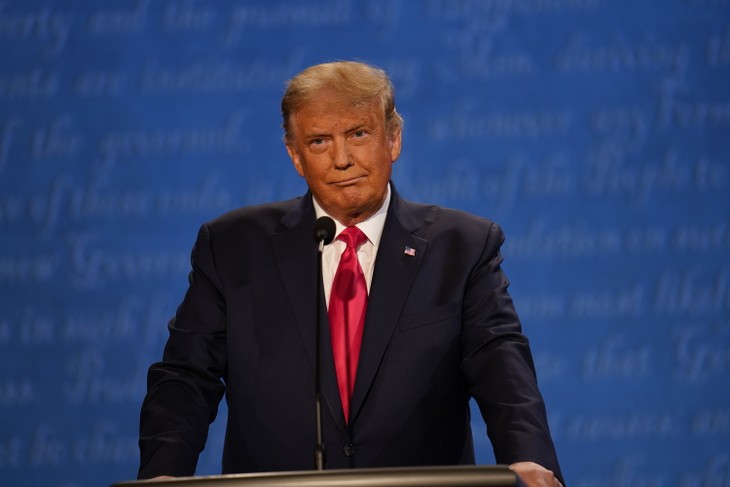 Democratic nominee Joe Biden lied his way through the final presidential debate with President Donald Trump. NBC News correspondent Kristen Welker interrupted Trump more than she interrupted Biden, and Biden was the first person to interrupt a fellow candidate on the stage. Nevertheless, this debate proved far more civil than the first debate.

Trump cleaned Biden’s clock on a few issues, while Biden more frequently hoisted himself on his own petard. The president did a good job of standing back and letting Biden dig himself into a hole. When Trump called him out on previous statements Biden had made, the Democrat merely claimed he never made those statements.

Trump put the Democrat on the defensive even before the debate began by bringing Tony Bobulinski to the debate as his guest. Bobulinski is the CEO of Sinohawk Holdings, a company he founded with CEFC China Energy and the Biden family. He came forward on Thursday to corroborate the damning emails discovered on Hunter Biden’s laptop.

Among other things, Bobulinski claimed that Joe Biden was personally involved in the nefarious business deals Hunter Biden and James Biden (the then-vice president’s brother) undertook in foreign countries like Ukraine and China.

“What he said was damning. Regardless of me, I think you have to clean it up and explain it to the American people,” Trump told Biden.

The Democrat responded by claiming, “I have not taken a single penny from any country whatsoever, ever.” He also attacked Trump over a bank account that paid the Chinese government nearly $200,000 in taxes between 2013 and 2015, before Trump was president.

This was a non-sequitur because Hunter Biden (and allegedly Joe Biden himself) raked in cash from China while his father was vice president and the Obama point person on China and without experience in the industries involved. As for Trump, a Trump Organization lawyer said the company paid taxes to China after opening an office in the country to “explore the potential for hotel deals in Asia.” Not only was Trump a private citizen at the time, but he has experience in real estate.

Yet Biden proceeded to make an utterly outrageous lie.

“My son has not made money in terms of this thing you’re talking about, China,” Biden insisted. He claimed that “the guy who got in trouble in Ukraine” was President Trump, whom Biden accused of “trying to bribe” the Ukrainian government to dig up dirt on Biden.

.@JoeBiden: “My son has not made money in terms of this thing about… what are you talking about… CHINA.”

Biden’s claim that his son has not made money in China is utterly, disgustingly false. In fact, there’s an entire movie about it!

When it came to the coronavirus pandemic, Joe Biden denied flip-flopping on Trump’s January ban on travel from China.

“He said — this is a terrible thing — ‘You are a xenophobe.’ I think he called me a racist, even, and because I was closing [travel with] China. Now he says I should have closed it earlier,” Trump said.

“I didn’t say either of those things,” the Democrat responded.

Yet Biden did oppose the ban in January. He said that the pandemic “is no time for Donald Trump’s record of hysteria and xenophobia, hysterical xenophobia, to uh, and fearmongering.” In April, however, Biden’s campaign acknowledged that banning travel from China was a smart decision: “Science supported this ban, therefore he did too.” Biden did a clean one-eighty.

In one of the most egregious moments, Biden attempted to blame Trump for every single death from COVID-19. He mentioned that more than 200,000 Americans have died from the coronavirus, and declared, “Anyone who’s responsible for that many deaths should not remain as president of the United States of America.”