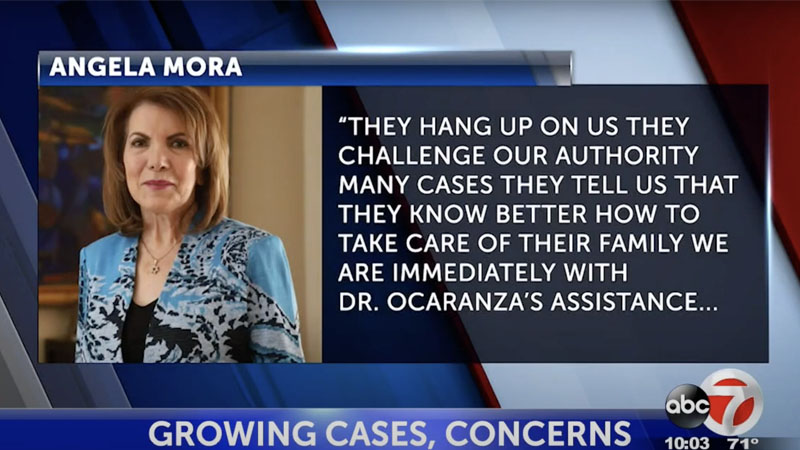 We all knew that the CV-1984 pandemic was going to cause the loss of our individual freedoms, liberties, and rights. But now tyranny has risen in Texas and police are showing up at the doorsteps of citizens deemed non-compliant with contact tracing measures in El Paso, Texas and ordering them to quarantine for 14 days.

Cases of CV are once again spiking in urban areas across Texas, but the state has done the unthinkable. Well, at least we thought, “this is America, what happened in China can’t happen here, right?” Wrong!

Police have turned to drastic measures to curb the spread of the virus across the U.S., not just in Texas, but the entire country is facing a loss of liberties.

This week, police officers were dispatched to the homes of residents who have tested positive in the Texas city of El Paso to order them to quarantine for 14 days. Those who disobey the order could find themselves brought before a judge or facing a $500 fine.

Similar draconian measures are being replicated across the US, with the country passing eight million infections on Thursday and epidemiologists warning that the nation is surging toward a “third wave” of coronavirus cases.

At least 41 U.S. states have seen a rise in new cases over the last two weeks alone, with the number of new daily infections being reported as 71,600, near record highs. Hospitalizations have similarly hit record highs in thirteen states, according to Johns Hopkins University data.

Activist Post previously reported how Rockland County, New York was issuing subpoenas for CV contact tracing after residents refused to be tracked. Those residents were given a choice to be tracked or face a civil penalty of up to $2,000 a day.

As Activist Post has reiterated, measures being put into place now will likely remain long after the pandemic has stopped and the virus has run its course. That’s the everlasting effect that COVID-19 will have on our society.  The coronavirus is classified as a pandemic by the World Health Organization – and it may very well be a legitimate health concern for all of us around the world – but it’s the government’s response that should worry us more in the long run.