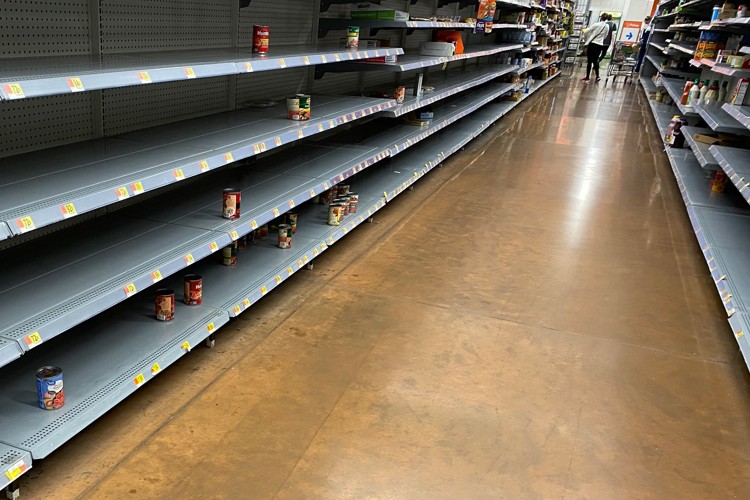 In 2006, the USDA introduced definitions of what food insecurity is in the United States. The agency broke it down into four categories:

Food security in the United States increased from 88.9 percent in 2018 to 89.5 percent in 2019. Then came the COVID-19 pandemic with its panic buying; farmers destroying crops in the fields; meat-processing plant closures; and supply-chain disruptions that caused nationwide shortages of toilet paper, cleaning supplies, and several types of foods. The coronavirus did not create the problems as much as expose our food system’s over-reliance on a complicated supply chain that is vulnerable to disruption.

Recently, Dr. Anthony Fauci, the director of the National Institute of Allergy and Infectious Disease, warned, “We’re not in a good place, there are states that are starting to show an uptick in cases…. We very well might start seeing increasing deaths.”

With the potential for an increasing number of coronavirus cases and the impending holiday rush, numerous grocery stores and food companies are stockpiling and storing groceries early. Food and household product manufacturers have also ramped up producing their most popular items to beat the country’s rush.

Chris Testa, president of United Natural Foods Inc., said, “We started talking about Thanksgiving in June. That’s earlier than we ever have,” and that his company has loaded up on extra inventory of cranberry sauce, herbal tea, and cold remedies. Simultaneously, Southeastern Grocers LLC began buying turkeys and hams months earlier than they ever have in the past.

Darin Peirce, vice president of retail operations for Associated Food Stores, a cooperative of more than 400 stores, stated, “We will never again operate our business as unprepared for something like this.” They are now building “pandemic pallets” of cleaning supplies and sanitizing products and establishing protocols to prepare for future high-demand scenarios.

These are but a few of the companies re-thinking entirely the “just-in-time” mantra that dominated American retail over the last few decades. The companies are implementing these changes to prepare for the coming winter months as people hunker down for the winter and buy more staples such as pasta sauce and paper products.

While these changes are steps in the right direction to correcting the food shortages we experienced this spring, they do not address the COVID-related job losses and underemployment, resulting in a looming meal shortage in the United States.

Before March 13, approximately 18 million American adults reported they sometimes or often didn’t have enough to eat within the past week. Now, according to the U.S. Census Bureau’s most recent Household Pulse Survey, the number is 22.3 million American adults. When adding in American children, food insecurity has doubled overall, and tripled among households with children. All 50 states are experiencing increased food insecurity, but some are bordering on a crisis. Nationally, seven percent of households reported receiving free food during the prior week.

Katie Fitzgerald, chief operating officer of Feeding America, a nationwide network of more than 200 food banks, reports that a survey sent to member food banks in September revealed an average 56-percent increase in demand. Feeding America network food banks distributed an estimated 593 million meals in August, up almost 64 percent from a typical pre-pandemic month. Now Feeding America is projecting a six billion to eight billion meal shortfall in the next 12 months. If the federal food assistance programs expire in the coming weeks and months, this deficit will significantly increase. Over the coming year, the Feeding America analysis estimates the needed charitable food will reach 17 billion pounds, more than three times last year’s distribution.