Former FBI director ‘slippery as an eel’ in Senate hearing

Under oath before a Senate committee, former FBI Director James Comey claimed ignorance of key aspects of the infamous Steele dossier that was funded by the Democratic Party and used by the FBI to obtain warrants to surveil the Trump campaign in 2016.

But in the third day of the Senate Judiciary Committee hearing, called “Oversight of the Crossfire Hurricane Investigation,” Comey was confronted with his previous testimony.

Sen. Josh Hawley, R-Mo., pointed out to Comey that the FISA applications to surveil Trump campaign volunteer Carter Page that he signed off on “drew an unprecedented rebuke from the FISA court” that “called into question the reliability of the information proffered in other FBI applications.

“Are you responsible for this misleading evidence given to the FISA court. Yes or no,” Hawley asked repeatedly until Comey finally answered.

“Yes, in the sense of command responsibility. No, in that I didn’t have personal knowledge that would have led me to understand that we weren’t supplying complete information,” Comey said.

But Hawley pointed out that when Comey signed the first Carter Page FISA application, he believed Christopher Steele was working for the Democratic Party.

The senator continued: “Now, surely you recognized at the time that relying so heavily on a biased source would undermine public confidence in the FBI’s activities, didn’t you?”

But Hawley noted DOJ lawyer Stuart Evans, the deputy assistant attorney general for intelligence in the Department of Justice, raised concerns about the partisan nature of the source. 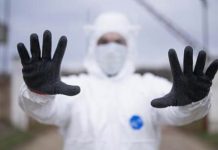