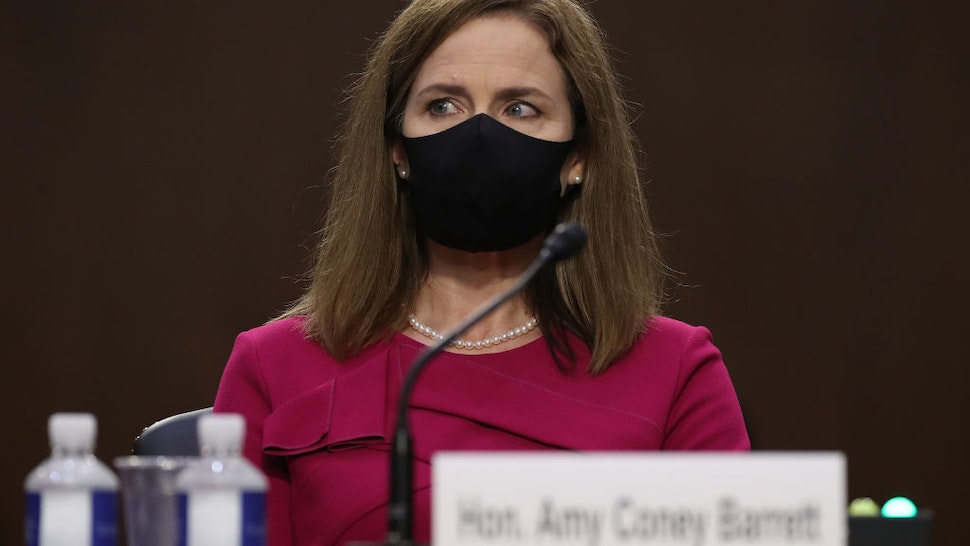 Around 9:30a.m. Eastern, CNN stopped showing the live hearings taking place on Capitol Hill to talk about Gov. Andrew Cuomo’s (D-NY) targeting of Orthodox Jewish communities in New York (CNN framed it as Cuomo saying he is concerned about “hot spots” in the Hasidic community).

As noted in screenshots from Francis Brennan, director of strategic response for the Trump campaign, other outlets, including MSNBC, were airing the hearings live. Fox News, C-Span, MSNBC, Newsmax, and One America News Network were all airing the hearing while CNN covered Cuomo.

At the time of this writing MSNBC continues to air the hearings, though it interjects commentary when the Senate takes breaks, while CNN is suggesting Trump could be a “down-ballot drag” during the 2016 election. CNN’s coverage so far includes its reporters discussing the hearings without actually showing them. During the last break, CNN’s chyron read: “Democrats claim Barrett confirmation is a threat to Obamacare”

Jeff Greenfield, a Politico Magazine columnist and political analyst who has appeared on ABC, CNN, CBS, and PBS, questioned the network’s decision.

“CNN is not carrying the Barrett hearings…have they said why not?” he asked.

CNN has cut away from important but inconvenient news before. In June 2019, The Daily Wire reported, the network cut away from a Trump rally after the crowd began chanting “CNN sucks.”

In October of that year, CNN’s Erin Burnett cut off Rep. Tulsi Gabbard (D-HI) from questioning Sen. Elizabeth Warren (D-MA) during a debate. From The Daily Wire:

“I’d like to ask our other candidates this question; I’d like to start with Senator Warren –,” started Gabbard.

Gabbard continued, “What experience and background do you have to serve as commander-in-chief?”

In August 2016, The Daily Wire reported on a video containing nearly 10 minutes of CNN hosts cutting off guests who criticized then-candidate Hillary Clinton.

The hearings are currently underway for Trump’s nominee to the Supreme Court, Judge Amy Coney Barrett. In her opening statement, Barrett focused on her qualifications and how she intends to interpret laws.

“Courts have a vital responsibility to enforce the rule of law, which is critical to a free society,” Barrett said in her opening statement. “But courts are not designed to solve every problem or right every wrong in our public life. The policy decisions and value judgments of government must be made by the political branches elected by and accountable to the People.”