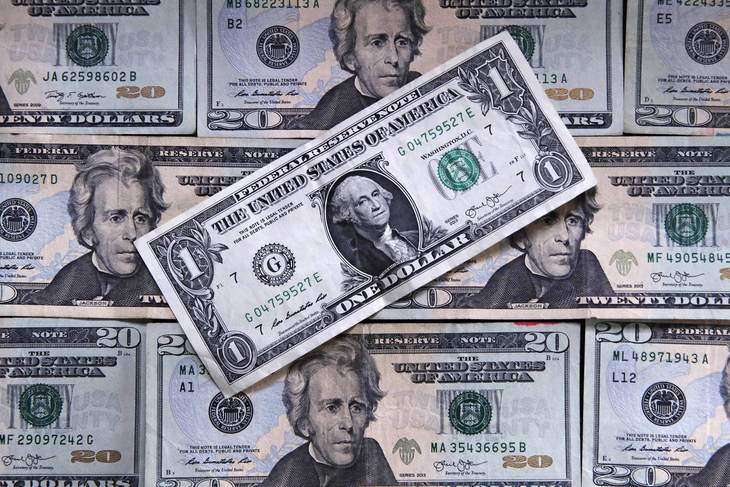 The U.S. government deficit widened to $3.1 trillion in FY 2020 according to the Treasury Department. Much of that deficit can be attributed to the government’s response to the coronavirus pandemic But we were already running a deficit of more than a trillion dollars when the first spending to combat the pandemic was passed.

The deficit drove up the national debt to 102 percent of our Gross Domestic Product — the first time in 70 years the debt has exceeded economic output.

The massive deficit has caused Republicans to balk at the prospect of more trillions spent on virus relief.

Senate Republicans, citing the mounting debt, have balked at a White House proposal to spend another $1.88 trillion and House Democrats’ $2.2 trillion bill to add to aid to counter the steepest economic downturn since the Great Depression. Many economists and Federal Reserve officials argue restoring growth should be the first priority, and that worries about closing the deficit can come later.

While this is true, Congress hasn’t lifted a finger to cut the budget anywhere else — not even token cuts. Blame for the deficit must include this dereliction of duty by our lawmakers.

And we’re by no means done. While the economic downturn was severe, it was mitigated somewhat by trillions of dollars being poured into the economy and people’s pockets.

The International Monetary Fund this week said global public debt is likely to approach a record 100% of output but urged policy makers to maintain spending to help vulnerable groups and promote a strong recovery. The IMF said the global recession won’t be as deep as it projected earlier, thanks in part to massive deficit spending by advanced and major emerging-market economies.

“The IMF’s message from these meetings is clear: Avoid premature withdrawal—pulling the plug too soon risks serious, self-inflicted harm,” Managing Director Kristalina Georgieva told reporters Thursday as finance ministers and central bankers assembled virtually for the annual meetings of the fund and the World Bank.

That’s easy for these guys to say. They’re not saddling their kids and grandkids with this mountain of debt. The only thing sustaining this house of cards at the moment is that the dollar is still the go-to currency used by the rest of the world. If China and Russia ever get their wish and the dollar is replaced by the yuan or some other currency, the American economy could very well collapse.