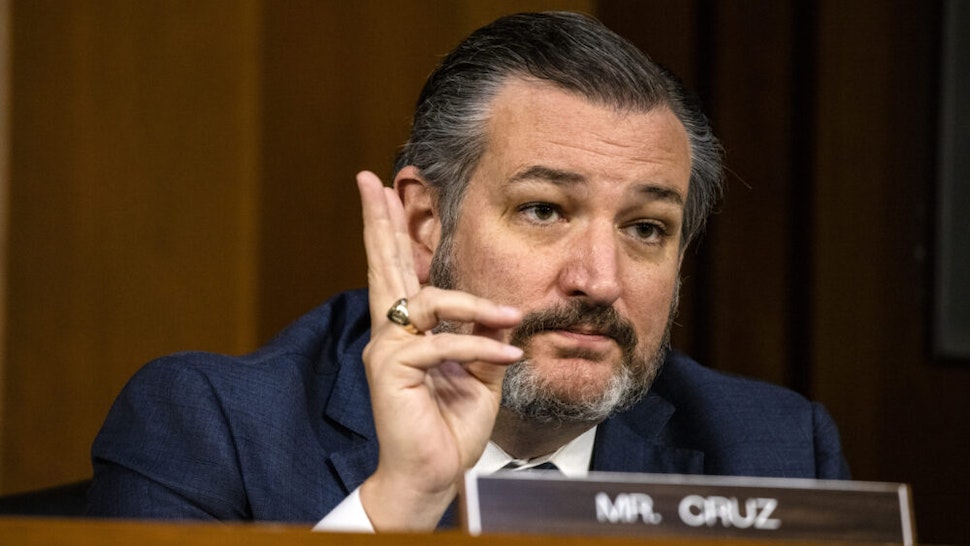 Top Republican senators on the Judiciary Committee announced Thursday morning that they will be issuing a subpoena to Twitter CEO Jack Dorsey over the social media platform’s censorship of news reports that allege corruption by the family of Democrat presidential nominee Joe Biden.

“In the last two days, we have seen a remarkable development,” Sen. Ted Cruz (R-TX) said. “We have seen big tech, we’ve seen Twitter and Facebook actively interfering in this election in a way that has no precedent in the history of our country. Yesterday, the New York Post broke a story alleging serious corruption of Joe Biden and Hunter Biden concerning Ukraine. The allegations in the New York Post story, if true, indicate that Vice President Biden lied when he said that he had never discussed his son’s business dealings.”

“Never before have we seen active censorship of a major press publication with serious allegations of corruption of one of the two candidates for president. That was last night,” Cruz continued. “This morning the story escalated and got even worse. The New York Post broke a second story of a series of emails that indicate yet more corruption; in this instance, the Biden family receiving millions of dollars from communist China government officials.”

“Just minutes ago, I tried to share that story on Twitter and Twitter is actively blocking, right now this instant, stories from The New York Post alleging corruption and the Biden family receiving millions of dollars from communist China,” Cruz continued. “This is election interference and we are 19 days out from an election. It has no precedent in history of democracy. The Senate Judiciary Committee wants to know what the hell is going on. Chairman Lindsey Graham and I have discussed this at length and the Committee today will be noticing a mark-up on Tuesday to issue a subpoena to Jack Dorsey, the CEO of Twitter, to testify before the Senate Judiciary Committee next Friday, to come before this Committee and the American people and explain why Twitter is abusing their corporate power to silence the press and to cover up allegations of corruption.”

Senate Judiciary Committee Chairman Lindsey Graham addressed the media immediately following Cruz’s remarks, noting that the tech companies allowed salacious and unverified allegations from the Steele dossier to be circulated on their platforms.

“All the allegations about Russian collusion and Trump and every other idea that Trump may have done something bad, nobody blocked that,” Graham said. “So, what we’re going to do is we’re gonna finally have an accounting that’s long overdue. These social media platforms have a dominance in our lives, they’re newspapers, they’re tv stations, they’re radio stations, they’re publishers, and this to me crystalizes the problem better than anything I could think of for the American people. You may be a Democrat, saying I don’t want to hear The New York Post, it could be you tomorrow.”

Senators @tedcruz, @LindseyGrahamSC, and @HawleyMO call out Twitter and Facebook for their censorship of The New York Post’s reporting on Joe and Hunter Biden’s corrupt business dealings.