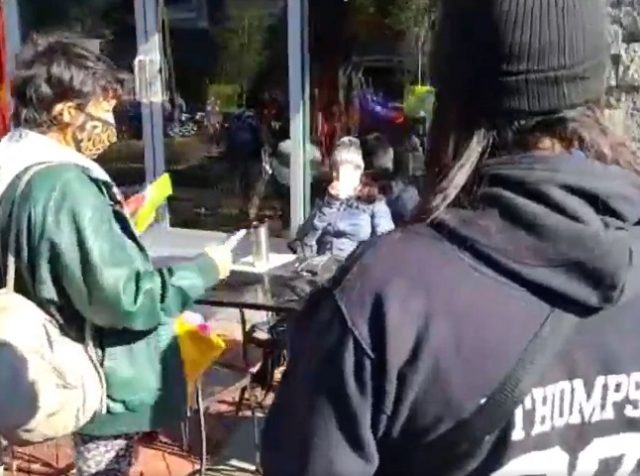 BLM invaded Lake Oswego, Oregon, on Sunday and demanded allegiance from suburban shoppers and diners who were on the streets.

The city of approximately 40,000 is situated eight miles south of Portland. It surrounds the 405-acre Oswego Lake. The community is one of the wealthiest suburbs surrounding the Portland area, according to SkyBluePortland.com.

Breitbart News reported that Moms United for Black Lives promised to “f*ck sh*t up in Lake Oswego” on Sunday.

One business, a pub on A Street, said it was going to board up its building to protect itself from vandalism.

The Oregonian reported that one of the leaders, Demetria Hester, said, “The march was about showing Lake Oswego residents that Black lives matter all the time, and about making racists uncomfortable.” Danialle James is also a leader of the group.

KGW8 reported that about 100 protesters marched through the streets of downtown and into residential neighborhoods.